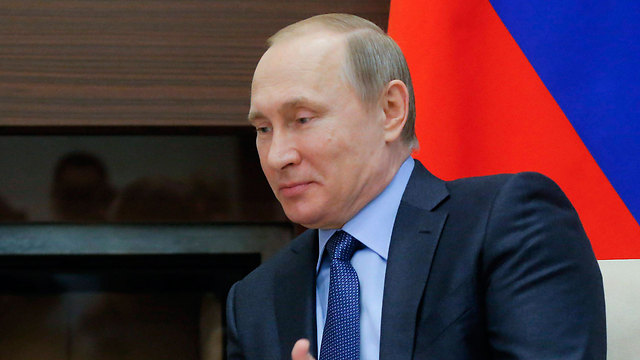 A massive leak reveals names of hundreds of thousands of companies and individuals allegedly involved in different forms of financial wrongdoing, including several Israel ones. Several world leaders' names are also included in the leak, most notably that of Russian President Vladimir Putin.

The release of a vast trove of documents and data on offshore financial dealings of wealthy, famous and powerful people around the world is raising questions over the widespread use of such tactics to avoid taxes and skirt financial oversight. Reports by an international coalition of media outlets on an investigation with the Washington-based International Consortium of Investigative Journalists brought to light details of offshore assets and services of politicians, businesses and celebrities, based on a cache of 11.5 million records. Among the countries with past or present political figures named in the reports are Iceland, Ukraine, Pakistan, Saudi Arabia, Russia and Argentina.

Russian President Putin. One of the most notable names on the list. (Photo: EPA)
Several hundred Israeli companies are mentioned in the leaked documents, as well as several notable individuals. These include famous attorneys Jacob Weinroth and Dov Weissglass, and businessmen such as Idan Ofer, Udi Angel, and Teddy Sagi – all of whom are listed as people who have run or owned – or who still run or own – companies in places considered to be tax havens. Vladimir Putin's spokesman claimed that the Russian President was the "main target" of the investigation, which he suggested was the result of "Putinophobia" and aimed at smearing the country in a parliamentary election year. The ICIJ has links to the US government, Dmitry Peskov suggested.

"I don't consider it possible to go into the details" of allegations that Putin's friends ran an offshore scheme, Peskov told reporters, "mainly because there is nothing concrete and nothing new about Putin, and a lack of details." He added that Sergei Rodulgin, a St. Petersburg-based cellist allegedly involved in the offshore schemes, was a friend of Putin's but that the president "has very many friends."

Peskov, who had last week foreshadowed the disclosure of the documents by warning of an upcoming "information attack" on Putin, said Monday he expected more reports to follow. In Russia, where the investigation was published by independent newspaper Novaya Gazeta, the scandal faced an effective coverage ban. Russian television on Monday morning made no mention of it. In Australia, the tax agency said Monday it was investigating more than 800 wealthy people for possible tax evasion linked to their alleged dealings with Mossack Fonseca, the Panamanian law firm with international offices that provide offshore financial services.

Idan Ofer. The prominent Israeli businessman was mentioned in the leak. (Photo: Shaul Golan, Yedioth Ahronoth)
The Australian Tax Office said in a statement that it had linked more than 120 of those people to an offshore services provider in Hong Kong, but did not name the company. In New Zealand, Prime Minister John Key rejected ICIJ's characterization of his country as among 21 tax havens used by Mossack Fonseca. "Tax havens are where there is nondisclosure of information," Key said. "New Zealand has full disclosure of information." Ramon Fonseca, a co-founder of Mossack Fonseca — one of the world's largest creators of shell companies — confirmed to Panama's Channel 2 television network that documents investigated by the ICIJ were authentic and had been obtained illegally by hackers. But he said most people named in the reports were not his firm's direct clients but were accounts set up by intermediaries. He said the firm did not engage in any wrongdoing.

Argentine President Mauricio Macri. Denied involvement. (Photo: AP)
Businessmen, criminals, celebrities and sports stars — the ICIJ said the documents involve 214,488 companies and 14,153 clients of Mossack Fonseca. The nonprofit group said it would release the full list of companies and people linked to them early next month. The Munich-based German newspaper Sueddeutsche Zeitung said it was offered the data more than a year ago through an encrypted channel by an anonymous source. The source sought unspecified security measures but no compensation, said Bastian Obermayer, a reporter for the paper. The documents provided to Suddeutsche Zeitung, amounting to about 2.6 terabytes of data, included emails, financial spreadsheets, passports and corporate records detailing how powerful figures used banks, law firms and offshore shell companies to hide their assets. The data dated from 1977 through the end of 2015, it said. The newspaper and its partners verified the authenticity of the data by comparing it to public registers, witness testimony and court rulings, he told the AP. A previous cache of Mossack Fonseca documents obtained by German authorities was also used to verify the new material, Obermayer added.

Mossack Fonseca, the Panama-based lawfirm at the center of the story. (Photo: Reuters)
"It allows a never-before-seen view inside the offshore world — providing a day-to-day, decade-by-decade look at how dark money flows through the global financial system, breeding crime and stripping national treasuries of tax revenues," the ICIJ said. Panamanian President Juan Carlos Varela issued a statement saying his government had "zero tolerance" for illicit financial activities and would cooperate "vigorously" with any judicial investigation arising from the leak of the law firm's documents. The Guardian newspaper, which participated in the investigation, published a video on its website late Sunday of an interview with Iceland's Prime Minister Sigmundur David Gunnlaugsson. During the interview with Sweden's SVT television, the prime minister is asked about a company called Wintris. He responds by insisting that its affairs are above board and calling the question "completely inappropriate," before breaking off the interview. The office of Argentine President Mauricio Macri confirmed a report by La Nacion newspaper that a business group owned by Macri's family had set up Fleg Trading Ltd. in the Bahamas. But it said Macri himself had no shares in Fleg and never received income from it. Mexico's tax office said it would check on any Mexican resident or company mentioned in reports on the leaked documents.

UBS. "In full compliance with applicable law." (Photo: Getty Images)
According to the ICIJ's website, banks including HSBC, UBS, Credit Suisse, Deutsche Bank have worked with Mossack Fonseca to create offshore accounts. "The allegations are historical, in some cases dating back 20 years, predating our significant, well-publicized reforms implemented over the last few years," HSBC spokesman Rob Sherman said in an email. UBS said it "conducts its business in full compliance with applicable law and regulations. We have no interest in funds that are not taxed or derive from unlawful activities." Credit Suisse and Deutsche Bank did not immediately respond to a request for comment. Calcalist contributed to this report.