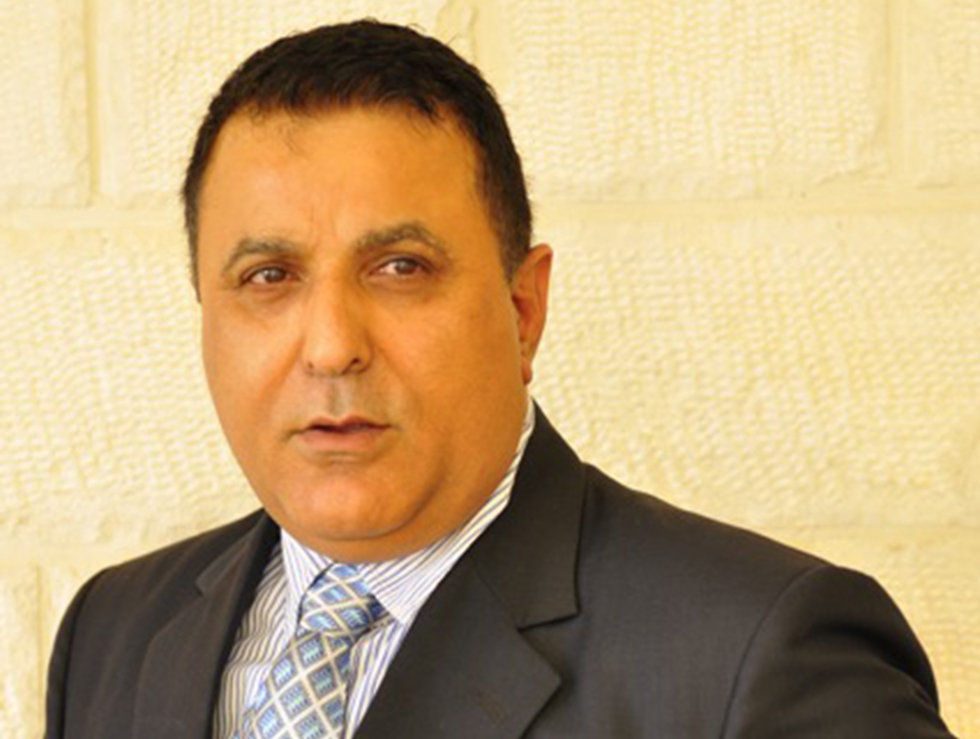 Hamad Al-Sharifi, who served as an Iraqi diplomat in Kuwait and Jordan, arrives in Israel on Sunday for a visit; he will be an official guest of the Foreign Ministry and one day hopes to be the Iraqi ambassador to Israel.

Hamad Al-Sharifi, who previously served as an Iraqi diplomat in Kuwait and Jordan, will arrive in Israel on Sunday, even though the two countries do not have diplomatic relations.

For much of his career, Al-Sharifi has worked as a diplomat on behalf of Iraq's Baghdad government and will arrive in Israel as a guest of the Foreign Ministry. During his visit, he will break many barriers between Israel and Arab states. Al-Sharifi will meet with Israelis of Iraqi descent, members of Knesset, and religious leaders from the three Abrahamic faiths. He will also tour the Temple Mount, the Western Wall, the Knesset, the Supreme Court, Yad VaShem, and many other places.

"I would like to thank Hassan Kaabiah, deputy spokesperson of the Foreign Ministry, who convinced me to visit to see the true Israel, which we have not seen on anti-Israeli television. One day, I hope that I will be the Iraqi ambassador to Israel and that Hassan will be the Israeli ambassador to Iraq," said Al-Sharifi before his visit. He added, "I consider myself a friend of Israel. At this time, Arabs need to understand that there is no conflict between Israel and Arab states, rather there is an Israeli-Palestinian conflict. I hope that it will end and peace will reign."

Hasan Kaabiah, deputy spokesperson of the Foreign Ministry
Al-Sharifi, 55, is originally from Baghdad and was born to Shitte parents. In the past decade, he served as an Iraqi diplomat in many different posts including a role as the official representative of the Iraqi embassy in Kuwait from 2005-2006. He also served as a political advisor and deputy chief of mission for the Iraqi embassy in Jordan in 2006. Additionally, Al-Sharifi has served an advisor to the Iraqi Ministry of Defense. Even before the Iraqi tyrant Saddam Hussein assumed power in 1979, Al-Sharifi was in exile. During Hussein's rule, he succeeded in evading the long reach of the Iraqi intelligence and according to reports, survived a few assassination attempts. Today he works as a researcher in London. Al-Sharifi also chairs an organization called "The Liberal Muslims" and writes modern exegesis of the Quran. His research focuses on developing and reforming Islamic jurisprudence. He also publishes articles on different topics including political and religious reform and other issues related to Israel.

Yonatan Gonen, the head of the Arabic language digital diplomacy at the Foreign Ministry, said in a telephone conversation with Ynet, "The arrival of the former Iraqi diplomat demonstrates that there are no limits in today's world. We receive many messages from Iraqis, expressing their support for Israel and their longing for the Jewish community. We are holding a dialogue with many Iraqis through social media and the general feeling is of affection, understanding, and even rapprochement between the two peoples. (Though) it is clear that that not everything is rosy and many curse Israel and call on Jews to return from the 'Satanic Israel to the land of the Tigris and Euphrates."