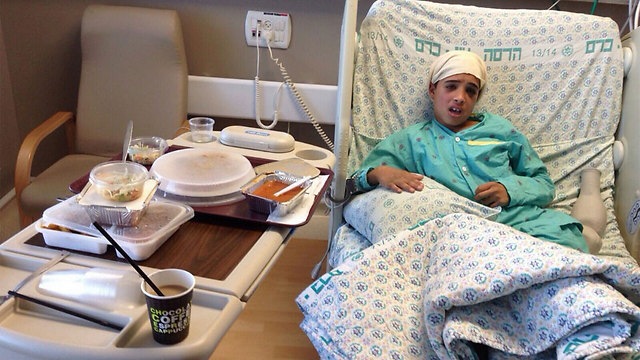 Ahmad Manasra who committed a stabbing attack in Jerusalem and was then falsely proclaimed dead by Palestinian President Mahmoud Abbas, was convicted of two counts of attempted murder.

A Palestinian teenager who committed a stabbing attack in Jerusalem and was then falsely proclaimed dead by Palestinian President Mahmoud Abbas, was convicted on Tuesday morning of two counts of attempted murder at the Jerusalem District Court.

Ahmad Manasra committed the attack when he was 13 years old in October 2015, along with his 15-year-old cousin Hasan who was subsequently killed by police forces. The two stabbed and critically wounded 13-year-old Naor Shalev who was riding his bicycle, as well as another 21-year-old Israeli. Shalev was able to make a swift recovery and celebrated his Bar Mitzva two months later.

The attack made international headlines when Abbas publicly accused Israel of “executing” Manasra “in cold blood,” while he was in fact alive and being treated for serious wounds at an Israeli hospital. After photos emerged of the boy recovering at Jerusalem’s Hadassah Medical Center, Prime Minister Benjamin Netanyahu blasted Abbas for “incitement.”

In the midst of his stabbing spree, Manasra was hit by a car. Dramatic video footage showed him conscious, though badly injured and lying in a pool of blood, as Israeli bystanders berated him.

Israeli hasbara poster refuting Palestinian President Abbas's claim Mansara was killed
In court, Manasra admitted to carrying out the attack, but his attorneys claimed he only meant to injure his two victims. The judges rejected this claim, stating that his version “left a grim impression.”

The indictment stated that Manasra returned from school and met his cousin. “They talked about the ‘situation’ at the Al-Aqsa Mosque and the state of the Gaza Strip residents, the PA and Hamas. Intending to help them, they decided to become martyrs and be killed as part of a religious war.”