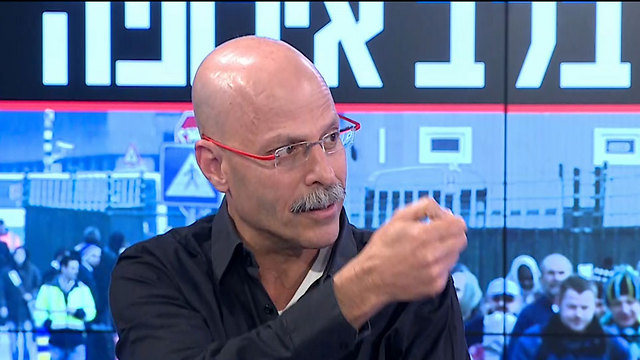 A former senior official in Israel's security establishment discussed with Ynet profiling in Israeli travel and insisted that it has nothing to do with race or religion; an Arab Meretz MK strongly disagreed: 'If you're Arab and Muslim, you're a potential suspect.'

"A person who poses a threat either by his luggage or himself is taken care of immediately, without regards to his religion, sex or race. That we've been pointed out as profiling in the electoral system of Donald Trump is very misleading and not exactly what happens," said Bloom. What is profiling then? "You have to isolate what Donald Trump said about his defense system versus what goes on in the system of defense handled by Israeli authorities. Here, we do a security check for passengers flying from Israel (and) to Israel; there isn't any profiling for a certain population, but rather a method of classification aimed at isolating and being certain that every passenger that gets on a plane is free of explosives or the intention to carry out an attack of one kind or another.

Yaron Bloom in Ynet studios
"We characterize the passengers and classify them based on their security risk without regard to their religion, sex or race. We make this professional, businesslike, and with respect to the person and human rights. Israel has been doing this for lots of years according to situational assessments and intelligence, together with suspicious signs of one kind or another, during the security check on all passengers, while protecting individual rights, human rights and freedom." You do know that there's a certain population: Muslims, Arabs. "Absolutely not. If you fly now, and you leave your suitcase with held luggage, in the train station, or in the airport, and if you travelled by bus and the local driver who took you, and you went out to eat ice cream, then your suitcase will be checked like everyone else's. The State of Israel carries out practical security checks in accordance with the level of risk and danger from you or from anything around you." Bloom explained how the checks work: "The Israeli security establishment has been performing security classifications on Israeli flights for decades on the basis of threats, threat assessments, and situational assessments. First, regarding intelligence, the systems are synchronized between the Shin Bet, the Mossad, the IDF and other bodies so that every bit of intel is channeled to where it needs to go. "On that basis, they identify which passengers are suspected to be involved as supporters of terrorist acts of one kind or another. If they're Muslim, Christian or an Israeli Jew, it doesn't make a bit of difference.

MK Esawi Frig
"It's very convenient to paint this in a Muslim light, and it's convenient for Muslims to come and say that they're only doing security checks on them, but to isolate out of the Arab-Israeli population, of which most of them keep law and order, the very few of them who support acts of terrorism or are involved in them, you have to carry out security operations to isolate them." Arab-Israeli MK Esawi Freige (Meretz) disagrees with Bloom: "My heart swells with pride now that Trump wants to take the new export that we're making. I partially agree with Yaron but also admit that this is not an embarrassment, it's reality. What's a dangerous passenger according to the security establishment? Whoever poses a potential risk according to the security establishment? Everything is characterized by racist and national characteristics—that's the situation. If you're Arab and Muslim, you're a potential suspect. This is the current characteristic of the security establishment."