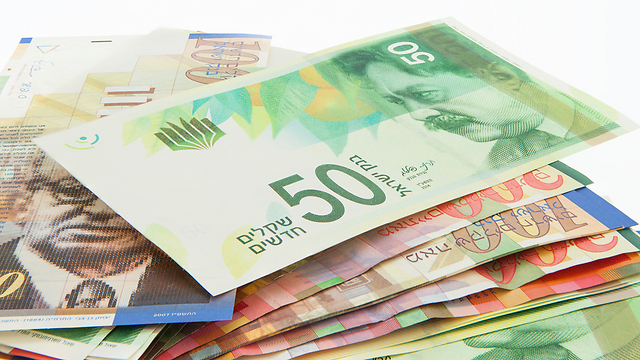 Prof. Rafi Melnick presents data to the Herzliya Conference, revealing a decline in Israel's economic growth relative to other OECD countries and a simultaneously widening in socio-economic gaps; Melnick suggests the government adopt a strategy based on investment and setting long-term social goals.

Israel's economic strength dropped in 2015, according to Prof. Rafi Melnick, who presented economic data at the Herzliya Conference on June 15. Melnick revealed that Israel experienced a significant slowdown in economic growth relative to other Organization of Economic Cooperation and Development (OECD) countries, bringing the process of closing economic and social gaps to a halt.

According to Melnick, these data can help assess Israel's economic strength and resilience in the face of possible convulsions. Melnick said, "Data that have been published since 2002 have augured well for the economy's ability to withstand crises, but data from 2015 are concerning." Melnick's findings uncovered a problematic social context that is worsening on the background of a weak economy. Melnick said improving Israel's economic and socioeconomic strength requires a turnaround in tandem with a government policy initiative, which includes making tough decisions and progressive national changes. Without undertaking such measures, he argues that improving the economic strength likely will not happen, but rather continue to worsen.

Israel ranked 20th on the OECD's Economic Resilience Index (ECI) in 2015, compared to New Zealand (17th) Italy (18th), Finland (19th), Spain (21st), Czechia (22nd), and Portugal (23rd). This is a drop from 2014, when Israel was 18th. Meanwhile, the US led the ECI, and Turkey lagged behind in last place. The ECI is comprised of 9 factors of varying importance including GDP, economic growth, and the unemployment rate.

Melnick noted that Israel's decline in economic growth for the past four years has resulted in it falling on the ECI. In 2015, Israel's GDP grew at 0.5%, a lower rate than the vast majority of the OECD. Israel's inflation stood at -1.1%, far below the target inflation rate. According to Melnick, this data reflects a lack of demand alongside the drop in the prices of oil and other raw materials around the world.

Investment also decreased by 1.4%, and exports fell by 1.3% on the background of lower international demand and the resurgence of the shekel compared to other currencies. Melnick said that a major problem for the Israeli market is the low levels of productivity relative to the average of OECD states. On the positive side, Israel's public debt (64.8%) and the unemployment rate (5.3%) and its workforce participation rate grew. Moreover, Israel recorded a trade surplus. Melnick also plans to measure Israel's socioeconomic resilience and is trying to determine a way to express the integration of economic and social developments quantitatively. The OECD's Socio-Economic Index (SEI) in 2015 indicated that the socioeconomic gap among Israelis was not closed, but rather increased. Melnick argues that weak economic performance in 2015 is making it even more difficult for socio-economic growth, and Israel is confronting serious challenges. He stated further that Israel's fundamental socioeconomic problem is connected to poverty and income inequality, which are difficult to overcome in an economy that does not grow to its potential. Furthermore, he added that dealing with these problems needs to be accompanied by a commitment to (fund) special government programs. In 2015, Israel dropped one place to 21st in the OECD's SEI, just behind New Zealand (18), Finland (19), and Spain (20), and just in front of Czechia (22) and Portugal (23) The US also leads this index, and Turkey came in last. Melnick suggests the government adopt a strategy to improve economic growth, emphasizing increased investment in the economy and infrastructure. Melnick added that the government needs to set a long term socioeconomic policy based on concrete social goals. He noted that social policy in 2003 that was based on cutting welfare yielded good results for the work force participation rate. Melnick raised a concern that this policy was weakened in the current government.