'Love your neighbor as yourself'
Photo: Gil Yohanan 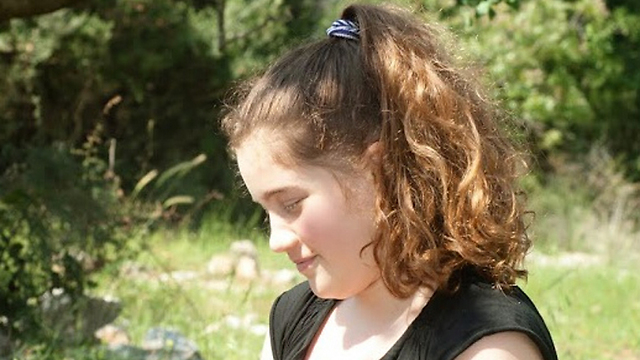 Shira Banki's father: 'Extremism, no matter the kind, is a sure path to destruction'

Uri Banki, whose 16-year-old daughter was murdered at last year's Jerusalem Pride march, spoke at this year's Pride of his hope for a better society; his full remarks are included.

Shira Banki was a 16 year old who was stabbed to death at last year's Jerusalem Pride march. Her father, Uri Banki, spoke at the concluding ceremony of this year's Jerusalem March for Pride and Tolerance. His full remarks follow:

A year has passed without Shira. A year of great personal pain, but also of public pain and shock that has not ended. One of despairing things that we heard—many times—after the murder was that because Shira was not part of the LGBT community—precisely because of this, the public shock was so large and the incident has not been forgotten by the public. How disturbing is that thought, that if somebody else had been murdered from the community, there was a significant risk that the incident would have become one internal to the community that would not have touched society at large, who would have felt, "To us, the straights, this wouldn't have happened."

And look—it happened. In this case, the knife was blind: It hurt those present regardless of their sexual orientation. And look—it could happen to anyone. Radicalization and intolerance are blind to their victims. Moderation and tolerance are opening your eyes and looking at your fellow.

It's easy to condemn the murder and the murderer, and to our great happiness, most of the public from all parts of the population, all over the scale of religious faith, condemned the murder. But many deny or ignore the direct connection between impassioned, hateful discourse and arrogant and uncompromising confidence in one's own rightness—and the murder.

History is full of people and societies who were so "right" that they didn't leave place for anybody else to speak up and trampled anyone who tried to speak or think differently. In hindsight, the mistakes and cruelties of every one of them who was so sure of themselves, are evident for all to see.

When a person hears on the news that a girl has been murdered, that someone's child didn't go home, if he doesn't have a heart of stone, he's pained by it, but he's also relieved that disaster did not strike him, and he tries to repress the horror. The oh-so-natural human tendency to suppress an incident and forget about it—this is what brings the next incident. Sometimes it's a fight, sometimes it's an eruption of violence, and sometimes it's murder.

This Sunday marks the beginning of the three-week period between the 17th of Tamuz and Tisha B'Av. The destruction of the Temple that we commemorate on Tisha B'Av is not just a religious event. It's a national event that has shaped the Jewish people, but many Jews don't know history or prefer to ignore its lessons. Jewish national existence in the Land of Israel ceased, and the Temple was destroyed, not only because of baseless hatred, but also, and possibly mainly, because of religious and political extremism that led to a bloody civil war inside the walls of Jerusalem and ultimately the destruction. The lesson that we have something to learn from the murder of Shira, and from the national destruction of 2,000 years ago, is that moderation is a virtue for all of us—because extremism, no matter the kind, is a sure path to destruction.

All of our silence against extremism and inflammation and allowing humiliating and violent public discourse, whether it comes from fear or whether it comes from indifference or alienation, damages our quality of life and sometimes even takes a life. Two days ago, a gay man was beaten in the streets, and people were silent because they weren't gay. Yesterday, an Ethiopian was humiliated at a club, but people averted their gazes because they weren't Ethiopian. Last week, they ripped a prayer book because the person holding it wasn't Jewish enough for the tearer, but people thought that it wasn't their business, because they don't pray and don't go to the Western Wall a lot.

A few days ago, a woman stopped a girl of Bedouin origin from sitting down across from her on the train, but this didn't touch a lot of people, because they don't travel by train and also aren't Bedouin. Ultra-Orthodox girls of Mizrahi descent don't get into a school, elitist in its own estimation, but it's not most people's business; they're not ultra-Orthodox and they send their kids to learn somewhere else anyway. A week ago, a school principal stopped an Arab girl from entering her school to speak about coexistence, but it wasn't important to a lot of people because they aren't Arab.

'Love your neighbor as yourself' (Photo: Gil Yohanan)
Last year, they murdered our daughter because she thought that everybody deserved to live their lives without being disgraced because of who they are. This time it was very much our business, but it was too late for us, and Shira will no longer see the change in reality and widespread moderation and the public discourse. A lot of people thought, and thinking to this day, that it's their business. Some of them are standing here with us, and some of them aren't here, each one for his own reasons, but they all think so, and we thank them and hang our hope on them.

(Photo: Gil Yohanan)
It's not too late for you. Don't let hatred, ignorance, and prejudice sweep you away. Get up and stand for your right to live in a tolerant and moderate society. Thank you.