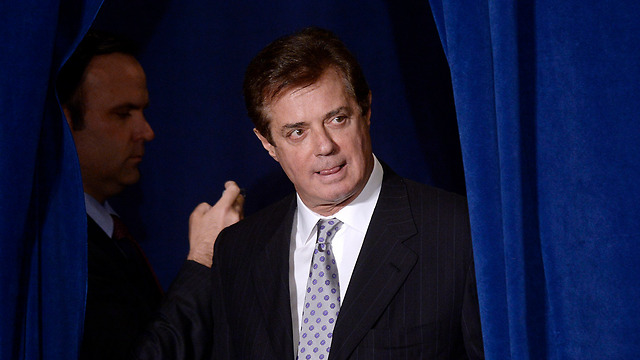 Paul Manafort, who was initially been hired at the urging of Trump's son-in-law, Jared Kushner, has in recent weeks fallen out of favor with both Trump and Kushner, as poll numbers drop and Manafort's reported pro-Russian ties begin to surface.

Paul Manafort resigned as chairman of Donald Trump's US presidential campaign on Friday, Trump said, days after the Republican candidate effectively demoted him in a leadership shakeup aimed at boosting his struggling White House bid.

Trump said in a statement he had accepted Manafort's resignation, but did not offer an explanation for the departure. Campaign sources said that Trump had been unhappy with Manafort for a multitude of reasons.

Paul Manafort (Photo: MCT)
Manafort had presided over a period in which Trump had fallen behind in opinion poll numbers in the race against Democratic rival Hillary Clinton for the Nov. 8 election. On Wednesday, Trump overhauled his campaign team, hiring Seven Bannon, the head of conservative news Breitbart News, to bolster his combative image and try to reverse poor opinion poll numbers. That move, his second staff revamp in less than two months, essentially served as a demotion for Manafort, who had been brought in to try to bring a more professional touch but struggled to rein in Trump's freewheeling ways. "This morning Paul Manafort offered, and I accepted, his resignation from the campaign," Trump said in a statement on Friday. "I am very appreciative for his great work in helping to get us where we are today, and in particular his work guiding us through the delegate and convention process. Paul is a true professional and I wish him the greatest success,” Trump said. According to a campaign source, in recent days Trump's son-in-law, Jared Kushner, had been searching for someone to join the campaign whom both he and Trump could agree was trustworthy. Both, the source said, had grown uncomfortable with Manafort, though it was Kushner who had reportedly brought Manafort into the campaign.

Trump also was not pleased with ongoing revelations about Manafort's past lobbying for the formerly pro-Russian government in Ukraine, said a source familiar with the situation.

Manafort has come under scrutiny in recent days over his alleged ties with pro-Russian political groups in Ukraine. On Thursday, it was reorted that Manafort's firm orchestrated a covert Washington lobbying operation on behalf of Ukraine's then-ruling political party. Manafort and his deputy, Rick Gates, never disclosed their work as foreign agents as required under federal law. Earlier on Friday, a Ukrainian lawmaker offered more details of what he said were payments made to Manafort by the political party of the Kremlin-backed former Ukrainian leader Viktor Yanukovich.

Manafort, in a statement earlier this week, denied any wrongdoing. The allegations were first made in The New York Times on Monday.