Abbas. Not to late to turn back.
Photo: AFP 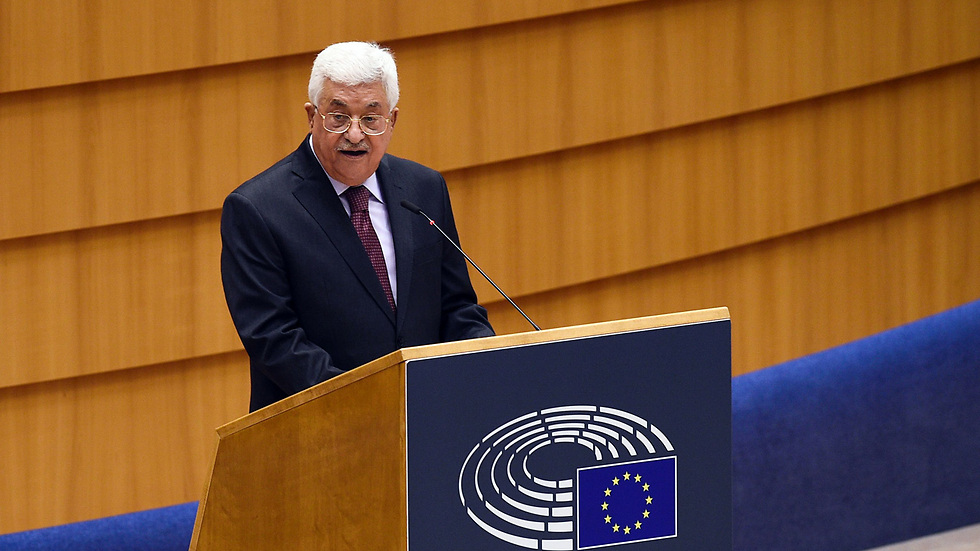 All of a sudden, Abbas wants democracy

Op-ed: Mahmoud Abbas is insisting on holding democratic municipal elections in October, despite the devastation this move is set to cause if forecasts prove accurate and Hamas wins decisively; if and when Hamas wins, Abbas may not only lose control of the West Bank, but also the Palestinians' allies around the Western and Arab worlds.

Palestinian President Mahmoud Abbas recently made the decision to mark October 8th as the date on which Palestinian municipal elections in Gaza and the West Bank will be held. This decision comes at a time in which his popularity in the Palestinian territories is low and Palestinian society is experiencing deep division and despair.

And Abbas is choosing this point in time to become a guardian of democracy and run against his hated rivals from Hamas, with all signs pointing to a Hamas victory. The Fatah leadership, which is worried about the predicted election hit, are blaming the PA president of handing the West Bank over to Hamas on a silver platter.

Abbas is repeating his mistake from 2006, when he was forced by US leadership – President George W. Bush and Secretary of State Condoleezza Rice – to conduct democratic elections. Hamas' decisive victory led to Abbas' and Fatah's eviction from Gaza and to the destruction of Palestinian society, not to mention the freeze in peace talks between Israel and the Palestinian Authority (PA) leadership. The Palestinian people have been paying a heavy price ever since.

But this time, the US, the West, and the Arab world aren't taking part. This is Abbas' personal decision, over which his partners in the Palestinian leadership are puzzled. Abbas is insisting that the Palestinian people need democracy, but it appears that such a form of rule has a hard time living under the same roof as fundamentalist Islam.

Even though the polls show that Hamas would gain strength from this act, and even though he's aware of the fact that his own Fatah party is at a very low point, Abbas is sticking to his guns on this one. Even Hamas' landslide victory in the student council elections at Birzeit University – where Palestinian high society studies – has not dissuaded him. A Hamas victory in these elections could be devastating to Palestinian society which could be dragged into internal struggles, eroding its strength and solidarity. The Palestinians may also lose international support. Jordan, Egypt, and even Saudi Arabia, which stand beside Abbas, may take a step back from their unwavering support of the Palestinians when it comes to peace negotiations with Israel. Let's not delude ourselves: These elections will not lead to a reconciliation between Fatah and Hamas. Abbas treats the Gaza-based terror organization as an enemy. He doesn't think twice about arresting Hamas political activists in the West Bank, and has even arrested the Hamas representative to the general election commission. Hamas sees Abbas the same way: He's hated by the organization's leadership, and their treatment of Fatah people in Gaza is no better than Abbas' treatment of their people. This rivalry is a zero sum game, and Hamas is currently poised to win big and politically conquer the West Bank. Israeli Prime Minister Benjamin Netanyahu, Ministers Lieberman, Bennett, and the rest would actually welcome a Hamas victory, in contrast to the PA president. As far as they're concerned, Abbas' fall would be an opportunity to keep the campaign of fear mongering the Israeli public going. After all, "Hamas and ISIS are the same." This victory would be another justification of the "we have no partner for peace" mantra that's been serving them well for so long.

The PA president still has time to climb off his high horse. If he desires the good of his people, he should find reasons to stifle Hamas' attempts at "democracy" and cancel these upcoming elections – or at least postpone them to an unspecified date. He shouldn't have a hard time finding cause for such a move: A Hamas victory would harm the few connections Israel and the PA still have, as well as the PA's relationships with the more moderate elements of the Arab world. It would also strike a blow against the Palestinians' image as victims of the Israeli-Palestinian conflict, which would force Abbas to push out the municipal victors from Hamas anyway. He'd be better served stopping this mess from happening in the first place.

Dr. Ronni Shaked is a researcher at the the Harry S. Truman Research Institute for the Advancement of Peace at the Hebrew University of Jerusalem.