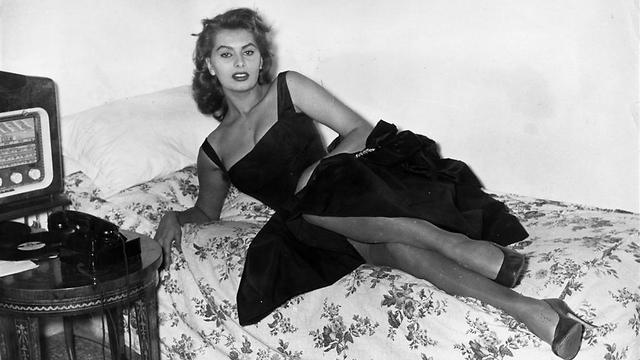 Sophia Loren, Matisyahu and Peter Murphy to perform in Israel

A mixed bag of an iconic siren, feel-good troubadour and alternative rebel are slated to come to Israel; they are silver screen goddess Sophia Loren, fusion singer Matisyahu and former Bauhaus frontman Peter Murphy, all of whom are planning on putting on a show for their devoted fans

A bevy of performing artists is making its way to Israel during the coming fall with the first among them being arguably one of the most glamorous film stars of the 20th Century, Sophia Loren.

After entering the Miss Italia beauty pageant in 1950 and making a name for herself as a fierce local talent, Loren got her big Hollywood break with a multiple-movie deal with Paramount Pictures, which included the dramatic “Desire Under the Elms” and the romantic comedy “Houseboat,” starring Cary grant. She followed these up with the stark wartime drama “Two Women,” for which she won the Cannes Film Festival Best Performance prize and her first of two Academy Awards.

Over the years, her fan base has grown to include generations, among them many Israel. Her most devoted admirers will be able to appreciate their idol during a special performance due to take place on November 25 in Tel Aviv. Loren will speak about her many experiences and behind-the-screens adventures, in addition to screening some of her iconic movies. She will then take questions from the audience.

Sophia Loren in a collection of her films
X

Sophia Loren in a collection of her films

Sophia Loren early in her career (Photo: Gettyimages)
Jewish reggae, vocalist and beatboxer Matisyahu, is also coming to perform in Israel. Matisyahu garnered attention for his Hassidic appearance and integrating traditional Jewish themes with alternative genres, styles from the Caribbean and hip hop. Among his most popular hits are “Jerusalem” and “King without a Crown,” which reflected his spiritual growth and relation with Judaism. Yet despite having built a persona that was strongly linked to his Hassidic look and faith, in 2011 Matisyahu uploaded a photo of himself to social media without his trademark beard, explaining that he was becoming more secular and that from now on, “All you get is me … no alias.” His fans embraced the newly transformed secular Matisyahu, and he continues to be an intriguing figure in the fusion music scene.

Singer Matisyahu (Photo: Gettyimages)
Matisyahu has frequently mentioned the strong connection he feels to Israel, and how it greatly influences his life and music. Last year, he was almost banned from a music festival in Spain for refusing to denounce Israel, something the festival’s producers tried to force him to do. The producers ended up posting an apology, and Matisyahu went on to perform as planned. While on stage, a few members in the audience began waving Palestinian flags to protest his inclusion in the festival. Matisyahu responded by singing the Hebrew psalm “If I Forget You Jerusalem.” His last visit to Israel was in October of 2015. He will be performing a single show as part of a tour promoting his latest album, “Love Born,” in Jerusalem on October 13.

Peter Murphy, lead singer for the English post-punk band Bauhaus, is another artist due to perform in Israel on October 31 in Tel Aviv. He first rose to prominence with Bauhaus in the 70s, solidifying his name in the 80s as part of the new wave music movement. Bauhaus’ hits include “Bela Lugosi is Dead,” “She’s in Parties” and “Kick in the Eye.” He followed his band’s success with an accomplished solo career that includes hits such as “Cuts You Up” and “Strange Kind of Love.”

Murphy is currently promoting his latest album “Stripped,” and will be performing acoustic versions of songs from his entire career.