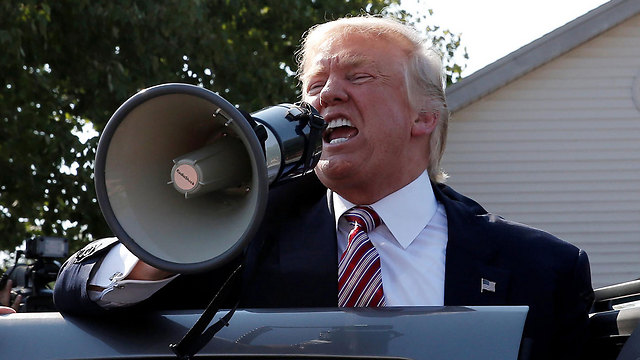 Initiative has no official ties to the Trump campaign or the RNC, but Republicans in Israel hope to encourage the 300,000 American citizens in Israel—as many as 80,000 estimated to be living in the territories—to cast an absentee ballot for Trump.

Israeli supporters of US Republican presidential nominee Donald Trump have opened a campaign office in the West Bank, saying they hope to get as many American expatriates as possible to cast an absentee ballot for their candidate.

There are about 300,000 US citizens in Israel, according to the non-profit group Republican Overseas Israel, which opened the office in the Jewish settlement Karnei Shomron on Monday. It estimates that as many as 80,000 of them live in the West Bank, though it is not clear how many are eligible voters. The initiative has no official ties to the Trump campaign or the Republican National Committee (RNC), and the Israeli group opened the West Bank office, and a handful of others throughout Israel, with its own funds, said co-chairman Marc Zell.

Donald Trump (Photo: Reuters)
"We are however in close coordination with the Trump campaign and RNC to the extent that it's feasible," said Zell. A poll of Jewish Israelis conducted in May found 40 percent of respondents backed Democratic nominee Hillary Clinton and 31 percent supported Trump. The poll did not specify whether those who responded were eligible to vote in the US election. Trump has accused the administration of President Barack Obama of lacklustre support for Israel. He has also rejected last year's nuclear deal with Iran, Israel's arch-foe, and has called for a temporary ban on Muslims entering the United States. The new office in the West Bank is not staffed full-time but will be used as a "logistical jumping-off point" for outreach activity, Zell said. Israel captured the West Bank, land where Palestinians hope to establish an independent state, in the 1967 Six-Day War.

Most countries view Israeli settlements built there as illegal and an obstacle for peace. Israel rejects this, saying Jews have been living in the territory for thousands of years and says that the land is disputed rather than occupied.

The US presidential election takes place on November 8.