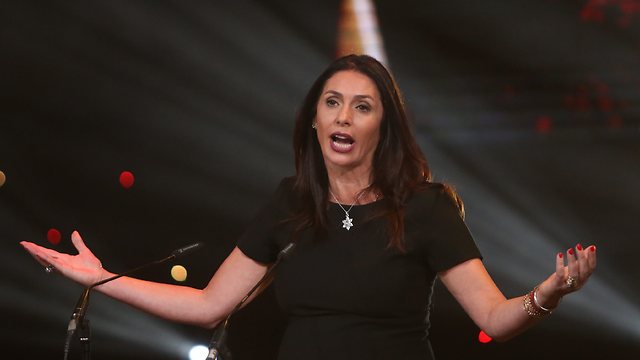 The Ophir Awards ceremony, also known as the Israeli Oscars, were held on Thursday to celebrate cinematic excellence in Israeli films. The awards show, however, quickly devolved into a contentious platform between Minister of Culture and Sport Miri Regev (Likud) and her many detractors; after leaving the theater during an Arab poem she found anti-Israeli, Regev vowed to break open the ‘closed club’ that is the local film industry; an actor that was present tried to ascend the stage but was stopped by security.

Culture and Sports Minister Miri Regev caused an uproar at the Ophir awards, considered to be the Israeli version of the Oscars. she attacked the crowd, saying "there's no reason for you all to try and keep me from saying what I'm going to say. Israeli film will no longer be an exclusive club."

The commotion began after regev claimed that she received a lot of complaints from people within the Israeli film industry about the fact that the film foundations refused to screen their films. The issue caused an uproar, and she brought the issue up at the festival.

Yet before she went up to speak, actors Tamer Nafar and Yoseph Sabri took to the stage to sing the song "I'm not political," a song which incorporates lines from Palestinian national poet Mahmoud Darawish. Minister Regev left the conference hall in protest of the song for its duration. Darawish wrote several poems calling for the destruction of the State of Israel, including "passers between the passing words."

The culture and sports minister continued, saying "yes, I left in the middle of Mahmoud Darawish's song at the Ophir Ceremony. I have a lot of respect and tolerance of the other, but I don't have even the tiniest bit of tolerance for Darawish or anyone else who wants to destroy my people or my country. I won't be an audience to that."

She returned to give out the prize for the best picture, but not before saying to a booing audience that "I have no tolerance for anyone who wants to destroy the nation of Israel. The prime minister is fighting for this in his speech at the UN this evening."

The movie Sandstorm won best picture at the awards ceremony, a movie about Bedouin women in the Negev. The movie will be represented at the Oscars in the United States.