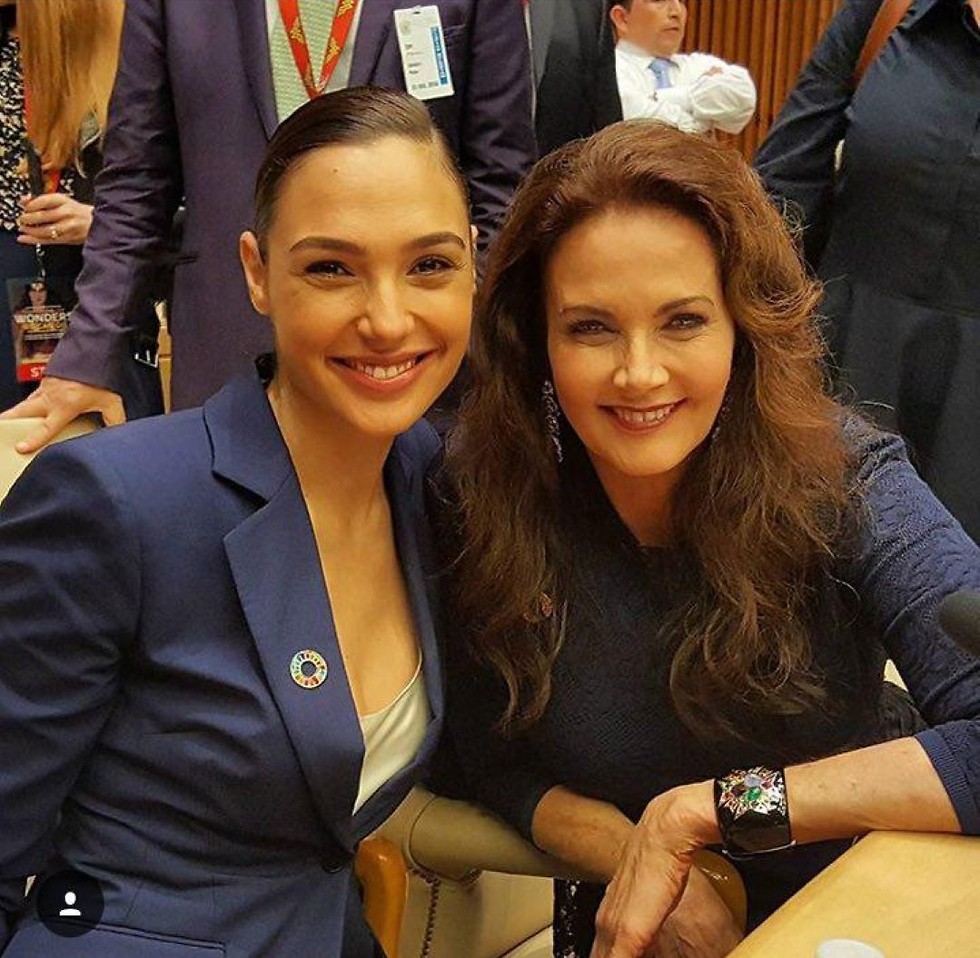 The comic book superhero, currently played by Israeli actress Gal Gadot, has been named a UN ambassador, in the hopes of inspiring girls and women the world over to 'think of all the wonder we can do'; amidst the celebrations were also those who protested the choice, saying that girls deserve better than 'a sexualized cartoon character.'

The United Nations named comic-book superhero Wonder Woman as an honorary ambassador to fight for gender equality on Friday, amid criticism that the scantily clad fictional character was an inappropriate choice.

UN officials at a ceremony formalizing the appointment said Wonder Woman is known for her commitment to justice, peace and equality.
Gal Gadot and 'Wonder Woman' Director Patty Jenkins being interviewed for the film and Wonder Woman's role as UN ambassador
X

"Wonder Woman is an icon," said UN Under-Secretary-General Cristina Gallach. "We are very pleased that this character will help us reach new audiences with essential messages of our empowerment and equality."

Gal Gadot (L) with Lynda Carter at the UN
UN officials have said they hoped the selection of a comic-book hero and movie character would appeal to younger women in its campaign for women's empowerment, and the slogan of the campaign says: "Think of all the wonders we can do." Wonder Woman, a DC Comics Inc. heroine, first appeared in 1942, fighting villains, rescuing victims and unearthing diabolical plots.

On hand at the UN ceremony were American actress Lynda Carter, who played Wonder Woman in a television series in the 1970s, and Israeli actress Gal Gadot, who portrayed Wonder Woman in the 2016 film "Batman vs. Superman: Dawn of Justice" and will reprise the role star in the upcoming film "Wonder Woman," due to be released next year.

Both Wonder Women accepting the title of UN ambassador

Gadot spoke with a great deal of excitement with Jimmy Kimmel about both the film and Wonder Woman's new role as ambassador to the UN while on his late-night show.

"I couldn't think of a more perfect role for her," said Carter, saying the character shows women can be "smart and beautiful and strong and wise and kind and brave." Both Gadot and Carter are beauty queens turned actresses. While Gadot is known for her role as Gisele in the "Fast and Furious" action film franchise, Carter has over the years taken on many humanitarian causes, including LGBTQ abortion rights. The selection of Wonder Woman as a UN ambassador has also, however, met with opposition, with nearly 1,000 people signing an online petition asking UN Secretary-General Ban Ki-moon to reconsider the choice. "Although the original creators may have intended Wonder Woman to represent a strong and independent 'warrior' woman with a feminist message, the reality is that the character's current iteration is that of a large breasted, white woman of impossible proportions, scantily clad in a shimmery, thigh-baring body suit," the petition reads. Several dozen UN employees, one holding a sign saying "Women deserve a real ambassador," staged a silent protest in the UN's visitor's lobby as the ceremony was held. "Why do we need to use a sexualized cartoon character?" said Elizabeth Leff, who was protesting the event.