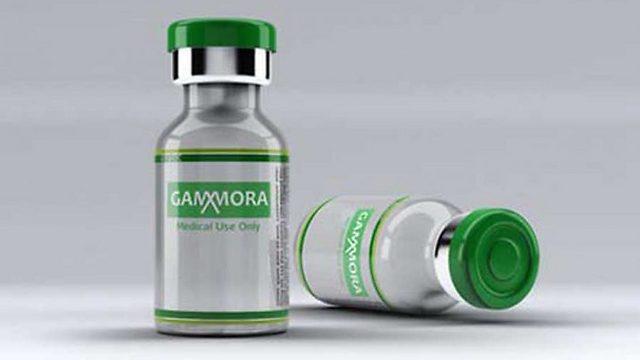 Researchers at the Hebrew University of Jerusalem have identified a protein that has reduced HIV in infected samples by 97 percent; 'Here comes a new method, which apparently might create an opportunity to find a full cure for HIV and AIDS.'

Researchers at the Hebrew University of Jerusalem have identified a protein called Gammora that they say can reduce HIV in infected patients by 97 percent.

Working in a laboratory and using vials of blood from HIV positive patients, Professors Abraham Loyter and Assaf Friedler, both researchers at Hebrew University identified and tested a protein they call Gammora to see its effects on killing HIV infected cells.

Unlike other viruses which integrate several copies of themselves into one cell, HIV only incorporates one or two copies of itself into the CD4 cells. This allows the virus to effectively take over that cell, using it as a “factory,” producing more of itself.

Gammora essentially forces multiple copies of the HIV DNA to enter the cell, causing the cell to go into overdrive, resulting in the cell “committing suicide,” according to Prof. Zev Sthoeger, the head of internal medicine at Kaplan Medical Center in Rehovot.

“Because the virus uses the machinery of the cell, each infected cell is a factory for many viruses,” Sthoeger said. “And, if we kill the infected cells, maybe we can do more than the current medications.”

Loyter and Friedler, who are working with the Zion Pharmaceutical Company, left Gammora in vials containing blood from HIV infected patients at the Kaplan Center for eight days allowing the virus to proliferate which resulted in a 97 percent decrease in the HIV virus in those vials.

“Medications that are on the market are able to reduce and prevent HIV from becoming AIDS. They can suppress it, but they can’t get rid of it fully,” Hagai Ayad, the spokesman for the Israeli AIDS Task Force, told The Media Line. “Here comes a new method, which apparently might create an opportunity to find a full cure for HIV and AIDS.”

Gammora provides the possibility of completely ridding a once-HIV positive patient from the virus for good. Something that has never been done before.

“We currently have about 7,500 HIV positive citizens in Israel,” Dr. Margalit Lorber, the head of the autoimmune disease department at Haifa’s Rambam Medical Center, told The Media Line. “We have about 450 new cases every year.”

While the percentage of those infected in Israel is only around 0.1 percent, the country began studying the epidemic in the 1990s when there was a global push for more research into the HIV and AIDS viruses. Since then, Israel has worked toward finding a cure.

Sthoeger and his team at the Kaplan Medical Center are optimistic that clinical trials at the center testing the efficacy of Gammora should begin within a year and he hopes to make this treatment more affordable than other HIV treatments.

Article reprinted with permission from The Media Line