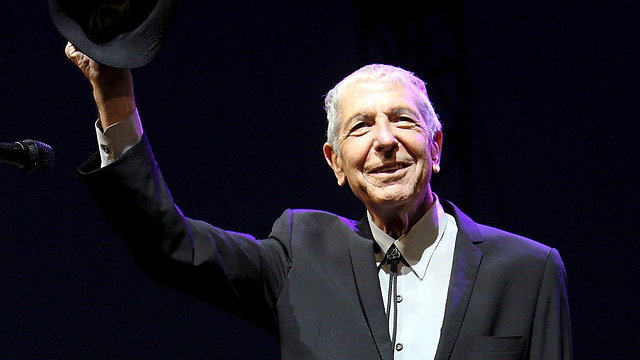 There was a crack in everything on Monday, when Leonard Cohen died

Though news of legendary singer Leonard Cohen's death was made public on Friday, Cohen had actually passed away on Monday; in the interim, he was buried with his ancestors in a traditional Jewish funeral; his son, Adam, says that his father died peacefully, "with the knowledge that he had completed what he felt was one of his greatest records."

News of Singer Leonard Cohen's death rippled through the world on Friday, shocking his millions of fans and admirers. As it turned out, though, Cohen had passed away on Monday, with his death and burial kept a secret for four days. A representative of Sony confirmed that Cohen died on November 7, but did not offer an official explanation as to the reason of the announcement's delay.

Cohen's congregation, Shaar Hashomayim, released a statement saying that Cohen was buried in a traditional Jewish ceremony on Thursday, next to his parents, grandparents and great-grandparents, and that those who took part in the ceremony said Kaddish over his grave. “Leonard was a beloved and revered member of Shaar Hashomayim and he maintained a lifelong spiritual, musical and familiar connection to the synagogue of his youth,” the congregation's statement read.

Leonard Cohen singing Who by Fire

Cohen's son Adam, himself a singer, worked with his father and produced his last album, You Want it Darker. After his father's passing, Adam released a statement on his father's final moments. "My father passed away peacefully at his home in Los Angeles with the knowledge that he had completed what he felt was one of his greatest records," the junior Cohen said. "He was writing up until his last moments with his unique brand of humor."