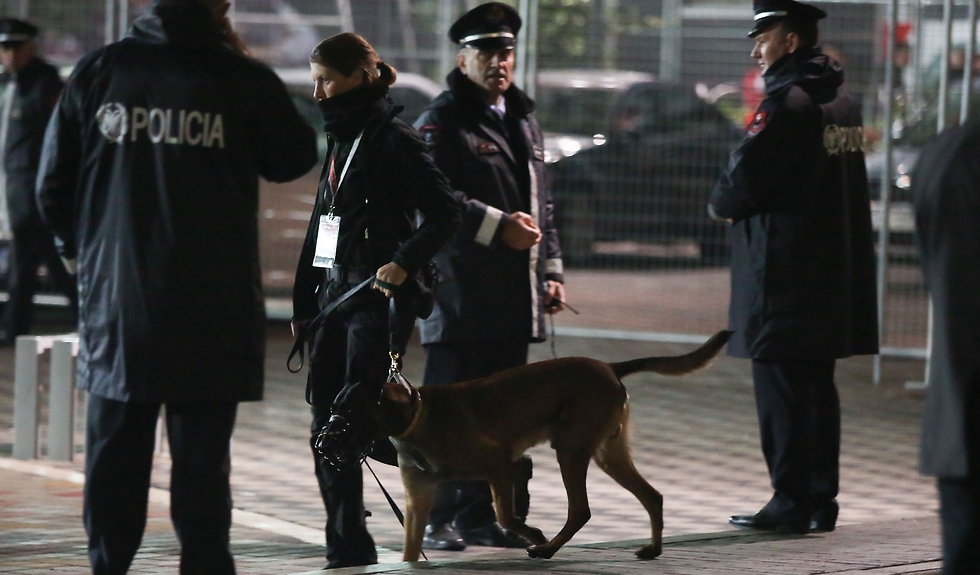 Police foiled simultaneous attacks planned by ISIS, including a hit on the Israeli national soccer team which played a World Cup qualifier in Albania; more than 20 arrested, explosives found; police say the conspirators had 'clear targets on who and when should be attacked.'

Kosovo police said Thursday they prevented simultaneous attacks by ISIS, including one on the Israeli national soccer team that played a World Cup qualifier in neighboring Albania.

A police statement said plans were in place to attack Saturday's match in Albania and at the same time, attack another target in Kosovo.

Nineteen people were detained in Kosovo on November 4, of whom one has since been released, police said. Albania and Macedonia announced six more people had been detained.

The Kosovo police said that at the suspects' homes and premises officers found explosive devices, weapons and electronic equipment, including "religious material and literature from well-known authors recognized for their extremist ideology."

The groups in the three countries, coordinated by two Albanians who are part of ISIS in Syria, had "clear targets on who and when should be attacked," police said.

The venue of last weekend's qualifier was changed for "security reasons" from the northern city of Shkoder, near the border with Montenegro, to Elbasan, much nearer to the capital Tirana.

Both Kosovo and Albanian authorities claim that no more of their citizens have joined the rebel groups in Syria and Iraq over the past year, but scores of them remain active with ISIS.