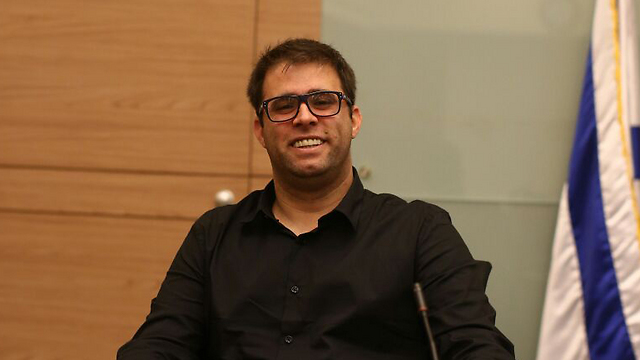 The firebrand Likudnik will attend a hearing for allegedly attacking the mayor of Ariel in 2014 due to his mother's bank account being frozen as a result of outstanding debts.

MK Oren Hazan (Likud) was summoned to a hearing regarding claims that he attacked the mayor of Ariel during an argument which occurred in the municipality building in October 2014. The Israel Police announced its recommendation to try the MK back in September 2015 for attacking a public worker and misconduct in a public office.

The recommendation was given following a police investigation into the incident. Hazan allegedly attacked the mayor in the mayor's office in Ariel after arguing over a debt Hazan had to the city.

"Hazan then yelled and cursed at the mayor, grabbed him, and forcefully pushed the mayor into a railing. Hazan also grabbed the mayor, refused to leave his office, and told the mayor that he would be dealt with, and that Hazan will make sure that the mayor is removed from his post," the prosecutor's office continued.

MK Hazan responded, "I'm hopeful that the decision hasn't been made yet, and that the attorney general will hear my position in the opening statements along with my claims in the upcoming hearing. (I hope that) he will understand that this is a mutual complaint on a trivial case which was on its way to be forgotten. (The case) was suddenly renewed only after I was elected to the Knesset, and only after immense, unprecedented pressure from the press in conjunction with various politicians who want to shut me down." "These types of cases - where there is an argument and one says that the other pushed him while the other says that he grabbed him – get closed by the police all the time as the public simply doesn't care," the MK continued. "I'm sorry to say that my case isn't like this. The State of Israel has a system of laws, and I ask that (this system), the attorney general, and his representative be trusted. I hope that my statements fall on open ears."