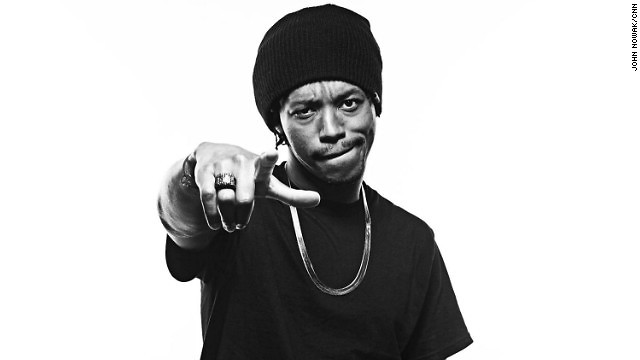 Hip-hop may have saved his life, but Lupe Fiasco is causing a stir by using anti-Semitic tropes against Jewish record executives in his latest freestyle.

In the song, “N.E.R.D.,” Fiasco rhymes about, “Artists getting robbed for their publishing by dirty Jewish execs who think that it’s alms from the covenant.”

In response to a tweet from DJ Booth - a resource for DJs and hip hop fans on Twitter -- questioning his lyrics about “dirty Jewish execs,” Fiasco reportedly responded “Oh Please” with an expletive, clearly indicating that Fiasco is either unaware or unconcerned with the impact of his offensive statement.

“The lyrics about artists being robbed by ‘dirty Jewish execs’ are offensive,” said Jonathan A. Greenblatt, ADL CEO. “These lyrics reinforce the anti-Semitic myth of Jewish control of the music industry, a stereotype that has been exploited in recent years by well-known hatemongers. It is irresponsible for a recording artist to perpetuate the hateful anti-Semitic stereotype of the ‘greedy Jew.’

“Even if Lupe Fiasco has concerns about exploitation of his artistic output, it’s deplorable to stigmatize an entire group in response. Fiasco has a well-earned reputation as a highly respected hip-hop artist,” Greenblatt said.

“At a time when there are significant divisions across the country, we are disappointed that he has not chosen to use his platform and voice to promote a more inclusive message,” he continued

Past ADL surveys of anti-Semitic attitudes in America have shown that the notion of Jewish control of Hollywood and the music industry is a pervasive stereotype. In a 2013 poll ADL found that 18 percent of Americans believe that Jews have too much influence over the American news media, and 24 percent agree that the movie and television industries are “pretty much run by Jews.”

This article was reprinted with permission from the Anti-Defamation League