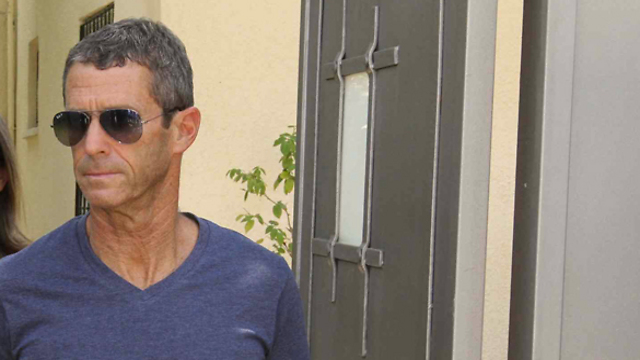 Businessman Beny Steinmetz suspected of money laundering, bribing public officials in the West African nation to promote his own interests; mining company BSG Resources at the center of investigation, says Steinmetz is only an adviser and does not have executive role.

Billionaire businessman Beny Steinmetz was detained by police for questioning on Monday in relation to allegations of bribery and corruption in Guinea. The Israel Police also searched Steinmetz's home and office.

According to the Israel Police, Steinmetz—along with other Israelis, most of whom live abroad—paid tens of millions of dollars in bribes to the former president of Guinea, General Lansana Conté.

In return, BSG Resources (BSGR), the mining company that Steinmetz owns, allegedly received permits to extract iron deposits. The company made hundreds of millions of dollars in profit from the deal.

Steinmetz was released to house arrest on a NIS 100,000 bail—NIS 50,000 in cash and NIS 50,000 in property. He is also not allowed to contact any of the other suspects and is barred from his office for 30 days.

"The detention of Beny Steinmetz shows that the Israeli authorities are treating the Simandou bribery case with the seriousness it deserves," said Daniel Balint-Kurti of Global Witness, a London-based nonprofit group that battles corruption in the mining and natural resources industries. "Guinea is one of the poorest countries in the world and was deprived of vast sums through BSGR's corrupt deal. It is vital that such cases are fully investigated and that those involved in bribery are brought to justice."

According to Global Witness, which investigated the case, BSGR and its affiliates engaged in a "sophisticated corruption scheme" over Simandou, cloaking their activities through secretive companies in the British Virgin Islands.

It says it gained access to documentation, including bribery contracts, showing that BSGR and an affiliate offshore company had agreed to pay millions of dollars to Mamadie Touré, a wife of Guinea's then-leader, and that the company also promised her a stake in the Simandou mining project as part of the deal to secure the mining licenses. BSGR, after investing $160 million into the project, later sold part of its stake for $2.1 billion to Brazilian mining company Vale, according to Global Witness.

Steinmetz is ranked by Forbes Israel as the 24th richest Israeli in the world, with an estimated net worth of about $1.5 billion.

BSGR did not immediately respond to a request for comment. A lawyer for Steinmetz, Yuval Sasson, told Israeli Channel 2 TV the claims were concocted by the Guinean president's "corrupt leadership, which is trying to illegally steal BSGR's (mining) rights."

In a rare 2013 interview with the Israeli news site YNet, Steinmetz called allegations of corruption by BSGR "a joke." He alleged the current Guinean leader sought to frame him and his company.

"The company doesn't pay anything to anyone, not one penny to politicians; we simply don't do this kind of things. This is a well-oiled, evil machine which operates against BSGR and me, run by the president and his associates," Steinmetz told YNet.

Steinmetz's arrest is the result of a joint investigation with law enforcement agencies in the United States, Switzerland and Guinea, police said—part of an international effort led by the Paris-based Organization for Economic Cooperation and Development, or OECD, against bribery of public officials.

This summer, Israel renewed diplomatic ties with Guinea after 49 years, part of an Israeli effort to pursue closer security and other ties with Africa. Guinea, a Muslim country, was the first nation to cut ties with Israel in 1967 after the Six-Day War.

Israeli police raided Steinmetz's home and offices in Israel early Monday, police said. Steinmetz was detained and placed under house arrest in Israel for two weeks. An Israeli court confiscated his French and Israeli passports, prohibited him from traveling abroad for six months, and set his bail at about $26 million.

Attorney Yuval Sason, who represents Steinmetz and BSGR, said that “The current process is the recycling of an old process led by the Guinea government since the rise to power of its corrupt president, Alpha Condé, in an effort to illegally expropriate BSGR’s mining rights.”

BSGR also denied the allegations, saying on Monday that "This development is in the aftermath of ongoing—and what BSGR believes to be obsolete—investigations surrounding bribery and corruption against BSGR," adding it believed the allegations to be baseless.

BSGR described Steinmetz as an adviser to the company, which is headquartered in the Channel Islands and is a mining arm of Steinmetz's business conglomerate.

A BSGR spokesman told Reuters that Steinmetz does not sit on BSGR's board or have an executive role, but "is the beneficiary of the foundation which owns BSG Resources".

BSGR said the investigations were initiated by the government of Guinea with international police organizations in the United States, Britain and Switzerland. A government spokesperson declined to say whether Guinea was involved in the case but said the government would fight corruption and uphold the principle of judicial independence.

"The Guinean government will assume its responsibilities and will respect the commitment of the head of state to fight against corruption," Damantang Albert Camara said.