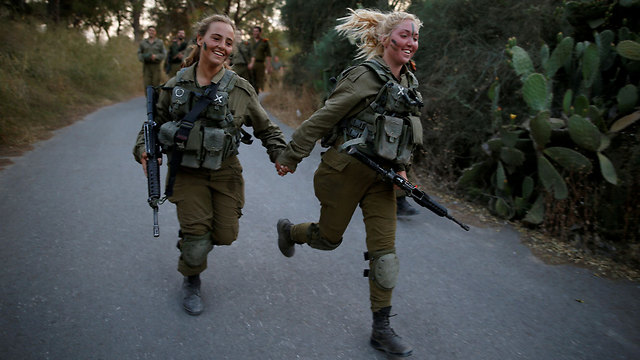 An Instagram page called hotisraeliarmygirls is showing off a scandalous side to the IDF, including female soldiers in bathing suits and inspirational messages written on them

The New York Post seemingly had its mind blown when it discovered an Instagram page which showed female Israeli soldiers both in uniform – and in bathing suits.

“These Israeli soldier babes could kill you at first sight” screamed the headline.

The page, called “hotisraeliarmygirls,” already has more than 35,000 followers.

“hotisraeliarmygirls” has over 2,000 pictures, and includes soldiers from the Israeli Ground Forces, Air Force, and

Navy. Some of them are photographed in uniform, and some are even looking down gun sights, usually either with a serious face on, or with camouflage face paint.

Many of these soldiers also have side by side uniform/bikini pictures. A lot of them also have written IDF both in English and in Hebrew somewhere on their bodies, usually on their chests, along with the names of their units and messages of support amongst other things.