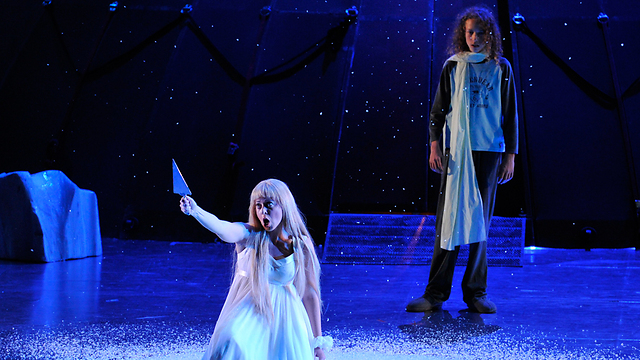 Jerusalem to get $50 million arts center

The new 2.5-dunam arts center will serve as the home of the city's leading arts venues and is part of a project to turn Jerusalem into a world capital of culture; campus is expected to open in 2020.

The Jewish Federation of New York and the City of Jerusalem announced a joint project to create a groundbreaking arts center in downtown Jerusalem, to be called the Jerusalem Campus for the Arts.

The project will cost $50 million and is part of a project to turn Jerusalem into a world capital of culture and the arts. It is expected to open in 2020.

Speaking at a ceremony honoring the Kirsch Family Foundation, a major backer of the project, Mayor of Jerusalem Nir Barkat thanked the family and said the center will be welcome gift as the city marks the 50th anniversary of re-unification during the1967 Six Day War.

“The Jerusalem Center for the Arts will be yet another important step in reestablishing the downtown area as a place that is pulsing with life and energy, with thousands of young people and university students. it will provide a permanent home for Jerusalem’s leading arts institutions,” said Barkat.

The new center will be located on a 2.5 dunam lot adjacent to the Gerard Behar Center. The campus will serve as home to the city’s leading arts ventures, including the Nissan Netiv acting studio, Sam Spiegel film and photography school and others.

Approximately 1,100 students will learn at the center at any given time.