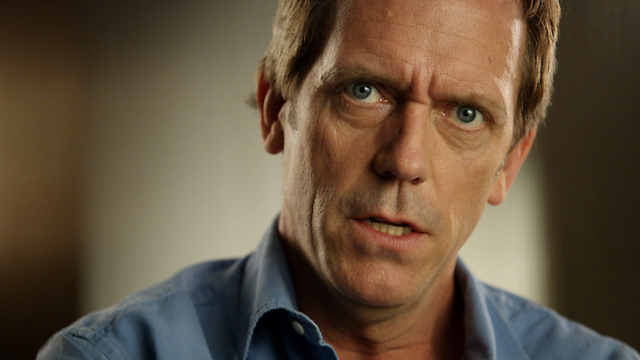 The doctor's in the house: Hugh Laurie coming to Israel

British thespian, musician and writer Hugh Laurie is set to arrive in Israel in March to participate in the TV convention.

The British actor is set to arrive in Israel in March as a guest of the INTV convention held by Channel 2 franchisee, Keshet.

Laurie will be accompanied by Susanne Bier and Stephen Garrett—the director and producer of The Night Manager respectively, in which Laurie starred, and the three will participate in a convention held for the fourth time in Jerusalem, on the topic of television and new media.

Laurie, 57, is most renowned for the American TV show House (2004-2012), in which he played the protagonist—a genius controversial physician by the name of Gregory House. Laurie, however, is an experienced actor with numerous TV shows and films under his belt; from Blackadder to Veep, as well as films such as Sense and Sensibility and Stuart Little. In 2016, Laurie did a mini-series called The Night Manager, for which he won a Golden Globe.

Alongside his acting career, Laurie has been developing in recent years a music career. In 2011, he released an album titled Let Them Talk, and in 2013, Didn't It Rain.

The esteemed actor plays the piano, drums, the harmonica and the saxophone, and has displayed his musical prowess in some of his TV roles.

Laurie is also an accomplished author and in 1996, he published his first novel, The Gun Seller.