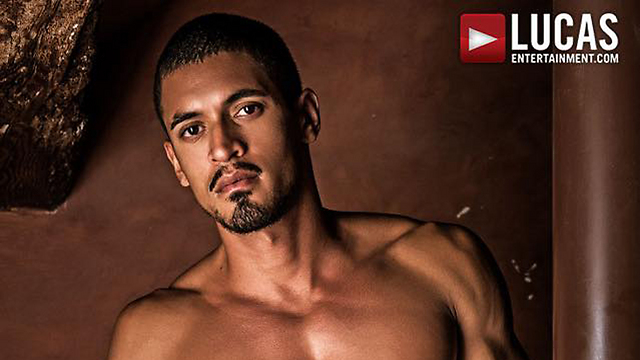 French adult film actor Ibrahim Moreno claims he was forced to undergo a humiliating strip when he arrived at Ben Gurion Airport, all due to his Arab-sounding name.

"Finally at home after a rather dreadful weekend," Moreno wrote to his followers on Facebook early Tuesday. He went on to detail being extensively investigated upon landing in Israel. "After 2:30 to enter Tel Aviv and three interrogations believed the worst would have happened, but no ... it was only a sign of what would come later."

According to Moreno, his departure back to France was worse than his arrival, with airport security forcing him to undergo invasive physical examinations due to his Arab-sounding name. "Today at the Tel Aviv airport back home I have been humiliated, treated me like a terrorist and simply because my name is IBRAHIM, why can (I) not have a name of Arab origin ??" asked Moreno on Facebook.

"I'm GAY, I'm not a MUSLIM, I don't speak any Arabic language, but if I carry a cross that allows me to be judged and humiliated," continued Moreno, stating that he passed four control stations before being stripped of his clothes. "After several checks (they) undressed me. I could only cry of the impotence and the rage to a few seconds of losing my flight."

Moreno added a picture of himself crying on the airplane to the post before uploading another post, this time highlighting the fun he had in Tel Aviv. However, he stressed that the overall time he spent in Israel was marred by his experiences with the airport's security. Israel Airports Authority issued a statement in response to Moreno's account of the events. "The security checks at Ben Gurion Airport are meant to protect the passengers' safety and the safety of their flights, and are carried out on all passengers exiting the country regardless of their identity, nationality etc., under guidelines issued by the relevant authorities. Items that are not allowed to be shipped inside a carry-on are confiscated, as is the norm around the world. Regarding the claim that he was stripped, when a suspicious finding is received, it must be scanned using technological devices."