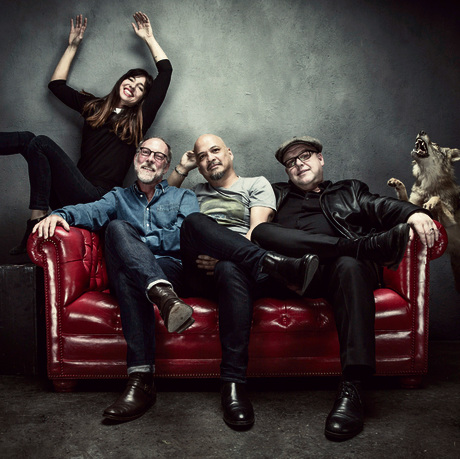 Pixies and Tears for Fears to perform in Israel

Expect a hot summer: The two successful 80's bands are scheduled to perform in July.

The Israeli 2017 summer is only getting hotter; after concert announcement by Aerosmith, Radiohead and Guns N' Roses, it is now set the two 80s crowd favorites will come to rock the holy land in July.

Most notably known for the song Where Is My Mind, The Pixies is one of the most notable bands in the alternative rock genre.

After a successful show in 2014, the band decided to visit again on July 25 as part of a tour for their new album: Head Carrier. The concert will be held in Caesarea Maritima.

In the case of Tears for Fears, however, their upcoming show will be their first in Israel. The British duo, famous for hits such as Mad World, Shout, Change and the Seeds of Love, will perform a setlist of their greates hits on July 5 In Tel Aviv.

While tickets for Tears for Fears are not yet available, you can already order tickets for the Pixies concert on the website eventim.co.il.