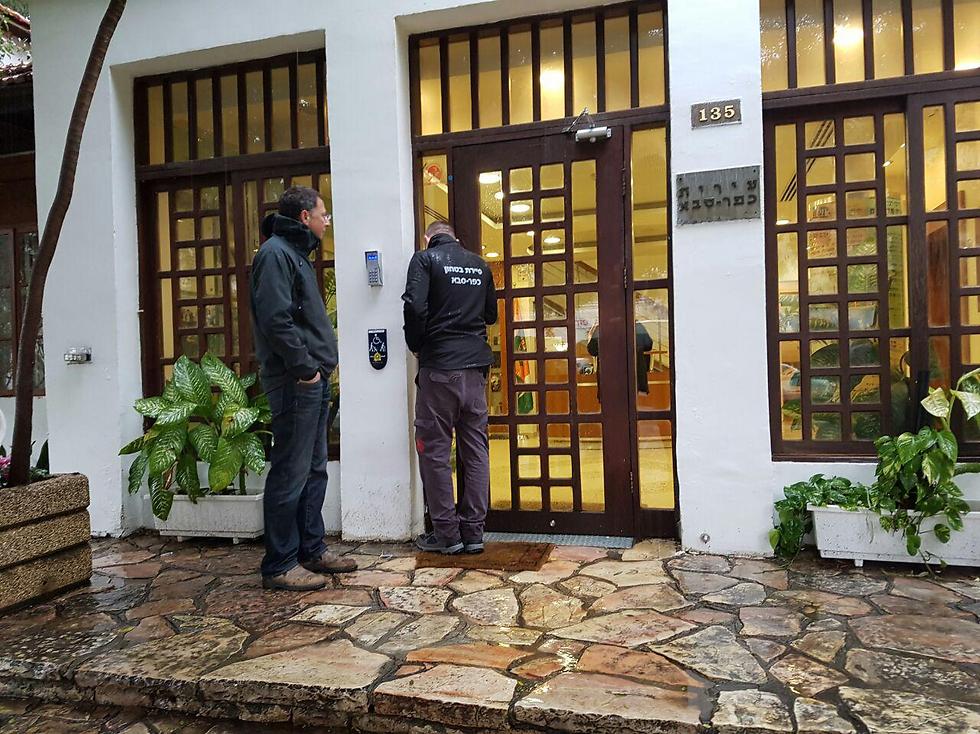 Police arrest 14 people, including senior city officials following an undercover investigation, on suspicion of bribery, fraud, breach of trust and other offenses; arrests come as part of a reinvigorated nationwide crackdown on local-level corruption.

Police raided the offices of the Kfar Saba Municipality Monday morning, arresting 14 people, including several senior officials on suspicion of bribery and other offenses.

Police issued a statement later on that the National Unit of the Israel Police detained 14 individuals, including municipal officials and other notable figures with financial interests in the city.

The statement went on to say that the suspects are suspected of bribery, fraud, breach of trust and other offenses.

In addition to the raid on the municipality, which was conducted following an undercover investigation involving the alleged bribe, police also raided the homes and offices of suspects.

Police said the investigation is being conducted in cooperation with the State Attorney Central District.

Several of the suspects were brought to the Rishon LeZion Magistrate's Court following their arrest for a hearing on an extension of their remand.

Ilai Harsgor Hendin, who up until a year ago was Kfar Saba's deputy mayor, responded to the wave of arrests by telling Ynet, "This is nothing short of an earthquake for Kfar Saba residents, though I'm not completely surprised to hear of these things. I have recently received information on serious matters taking palce in CIty Hall. This is about more than one affair; this is about municipal wrokers forced to do things against the law, and I am very sad that Kfar Saba has come to this."

The raids and arrests Monday morning come after a series of cases of municipal corruption in which officials from the cities of Safed, Ashkelon, Ramat Gan and Netanya were arrested on a range of offenses including bribery, fraud, breach of trust and other crimes.