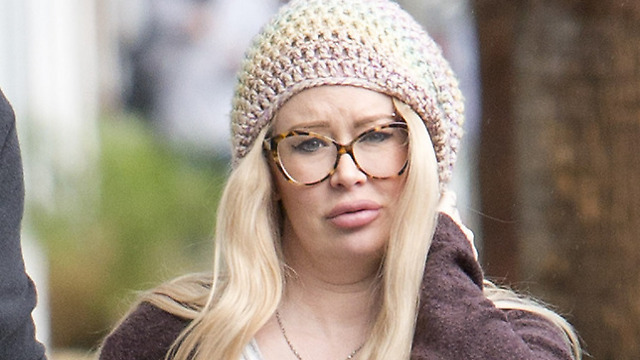 After a pregnancy that lasted for what seemed like an eternity, Jenna Jameson, 42, gave birth to her first child with her Israeli fiancé, Lior Bitton.

The birth took place in a Los Angeles hospital, and both mother and child are well. The couple, who have been in a relationship for over a year and a half, have announced that the baby's name is Bat El Lou Bitton.

On the picture that Bitton posted to Instagram, the overjoyed father wrote: "The baby has arrived, Mom has done amazing work, everyone is healthy and happy. God bless you, Jenna, you are a warrior! I love you!”

Since she met Bitton, Jameson has begun observing Shabbat, wearing a necklace with a Star of David pendant, and defending Israel on Twitter.

Jenna, who knew that the world was following the pregnancy closely—and as modesty was never quite an issue—religiously updated her Instagram account during delivery, including updates about her dilation.