Tension on the high seas: Iranian ship speeding toward US destroyer

A Revolutionary Guards battle ship approaches a US Navy destroyer, forcing the destroyer to deviate from its course.

Fox News reported Wednesday that an Iranian Revolutionary Guards battle ship was approaching a US Navy's destroyer in the Persian Gulf at high speed eventually forcing the Americans to deviate from their course. 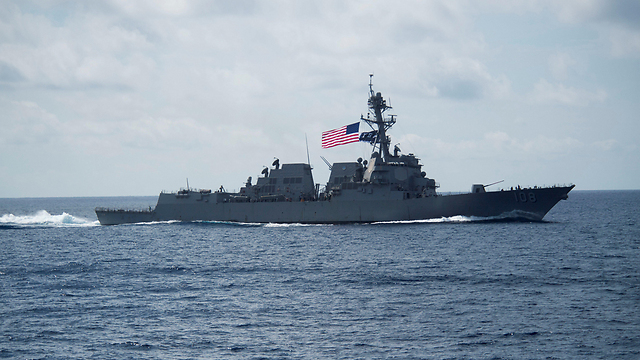 About four months ago, an American destroyer was involved in a similar incident in the Strait of Hormuz and fired three warning shots after Iranian ships did not adhere to the warnings and continued to approach them.

"Such high-speed approaches and manning of the firing positions, despite warnings from the destroyer, are clearly provocative behavior," one of the officials said of the Iranians. The Iranian ship did not fire warning shots.

According to the US military, Iranian ships were involved in 35 incidents of "unprofessional" behavior last year —a 50 percent leap from the previous year.