Euphoria stars, with Dalumi second from left and Switzer on the far right
Photo: Ohad Romano 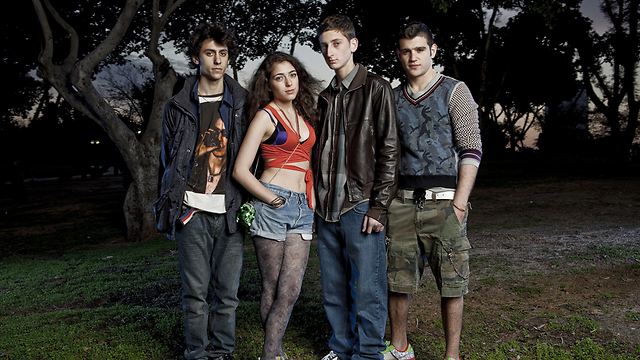 A US version of Euphoria, the Israeli series starring Roni Dalumi and Maor Schwitzer, will be produced by HBO; The series follows high school students dealing with drugs, sex and violence.

Another achievement for Israeli television: The series Euphoria, which was broadcast on HOT, is due to be produced by HBO into an American series. The woman behind the series is Hadas Lichtenstein Mozes, who is the founder and director of the international business development agency ADD as well as Israeli actress and new Wonder Woman Gal Gadot's agent.

The series, which was broadcast in Israel about five years ago and starred Roni Dalumi and Maor Switzer, tells the story of high school students dealing with drugs, violence and sex.

Euphoria stars, with Dalumi second from left and Switzer on the far right (Photo: Ohad Romano)

The Israeli version included ten episodes and was created by Ron Leshem, Dafna Levin and Tamira Yardeni, who also produced the series.

The American adaptation will be done by scriptwriter Sam Levinson, who wrote the HBO film the Wizard of Lies, starring Robert De Niro and Michelle Pfeiffer, about the Bernie Madoff Ponzi scheme scandal. Mozes Lichtenstein and HOT's director of drama, Mirit Tobi, will also co-produce HBO's version of Euphoria.