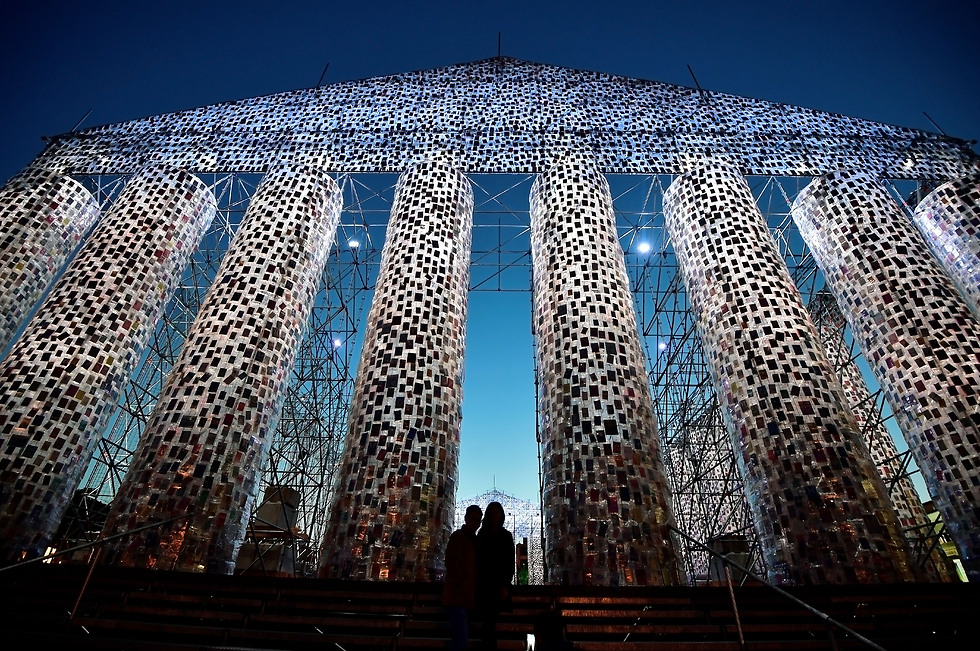 Germany's Parthenon of Books made of books burned by Nazis

Argentinean artist Marta Minujín builds exhibition in Kassel resembling the Parthenon in Athens out of over 100,000 books banned or burned by the Nazis during World War II.

Anyone visiting the city of Kassel in Germany will be privy to an unusual site—a structure similar to the Parthenon in Athens, only instead of stone, composed almost entirely of books. Over 100,000 of them.

"Parthenon of Books," as the work is known, was built by Argentinean artist Marta Minujín. The books used to construct the piece are copies of those works the Nazi regime either declared verboten or burned.

Just as the structure itself is fascinating, so too is its location; it is the same spot where the Nazis burned books written by Jews and Marxists in May 1933.

The exhibition, which opened last week as part of the "Documenta" festival in the city, will stand for 100 days and is intended to be an act of protest against censorship, the persecution of writers, the prohibition of distributing texts for political reasons, discrimination, violence and intolerance.