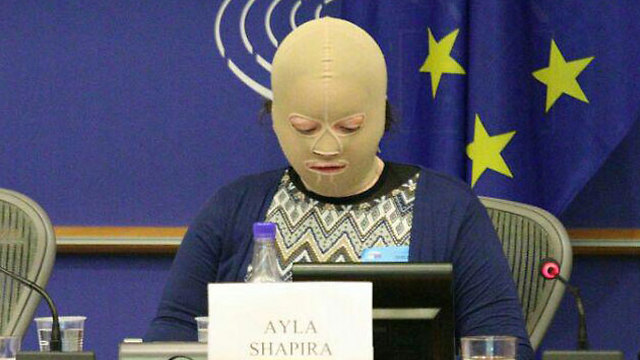 Court sentences Mohammed Badwan for attempting to murder Ayala Shapira, who was 11 at the time, and her father when he threw a Molotov Cocktail at their vehicle; Badwan convicted for other similar incidents and ordered to pay NIS 50,000 compensation.

The terrorist who threw a Molotov Cocktail at a vehicle in an attack that inflicted severe burns on Ayala Shapira when she was just 11 years old in December 2014 was sentenced to 18 years in prison on Tuesday by a military court.

Mohammed Badwan, who carried out the attack that left Ayala badly scarred on her body and face, was also ordered to pay compensation of NIS 50,000.

Badwan was convicted of attempting to murder Ayala and her father by throwing the Molotov Cocktail at their vehicle while it was travelling. He was also convicted for another incident which occurred a month earlier in which he hurled a Molotov Cocktail at another vehicle being driven by an Israeli woman. Fortunately, the woman was not hurt in the attack.

Badwan was arrested on the same day as his attack. A 14-year-old who helped him commit the crime and at the time was considered a minor, was convicted last year and sentenced to 14 years in prison.

Ayala before the attack