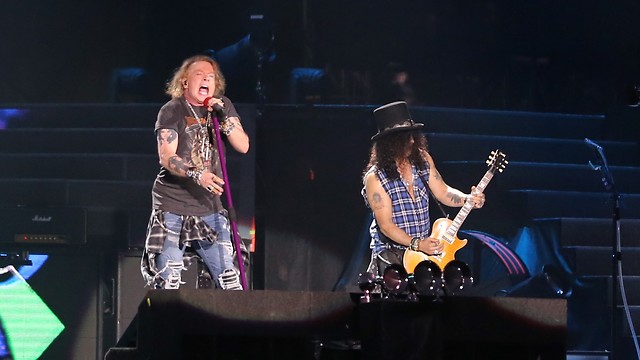 Guns N' Roses played a sold-out show Saturday night in Tel Aviv's Yarkon Park, which was attended by over 60,000 fans. The concert was met with widespread acclaim and for good reason.

Welcome to the Jungle

The reunion of Rose, Slash and McKagan marked the first time the trio have played together in 23 years, since the infamous Use Your Illusion Tour in 1993. The reunion is especially noteworthy due to the fact that Slash and Rose had a public falling out with one another after Slash left the band in 1996.

With many fans worried the band couldn't match their previous gusto, there was some obvious skepticism. However, that feeling soon subsided.

The impact of the moment was not lost on fans as the band was warmly welcomed and gave the crowd an extended show of such quality that it harkened back to the band's glory days.

The current tour, dubbed "Not in This Lifetime," has been met with great financial success and it has grossed over $230 million to date.

Michael Christopher contributed to this report.