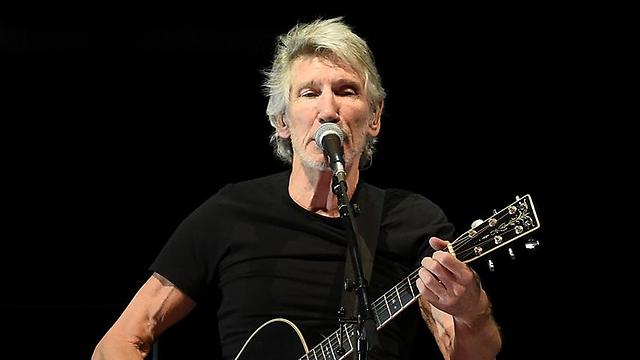 Op-ed: The goals of the movement you support are both immoral and illegal. They are immoral because BDS espouses a moral Manichaeism. They are illegal because it calls for the destruction of Israel.

Mr. Waters, you have become the most prominent spokesperson for the Boycott, Divestment and Sanctions (BDS) movement against Israel. BDS has been gaining traction over the last decade, especially on the Left, indicating people feel concerned, with good reason, about the plight of the Palestinian people. However, the goals of the movement you support are both immoral and illegal. They are immoral because BDS espouses a moral Manichaeism. They are illegal because it calls for the destruction of Israel.

BDS is Manichaean because it places all the blame on Israel for the absence of peace in the region. Nevertheless, it is undeniable both sides are responsible for the current stalemate. Of course, settlement activities in the West Bank are unacceptable. However, the Palestinians have missed three opportunities that would have allowed them to recover nearly all of the West Bank (in 2001, 2008 and 2014).

Furthermore, Hamas—which calls for the destruction of Israel—and other Palestinian extremist factions have decimated Israel’s peace camp by sowing fear among the Israeli population. As a result, Israelis are convinced that if they pull out of the West Bank, this territory will be turned into a launching pad to fire rockets on Israel. This fear is totally legitimate, and BDS doesn’t address it at all.

Roger Waters. Should heed the words ‘Antigone is right, but Creon is not wrong’ (Photo: Getty Images)

It's worth nothing that BDS pretends not to target Israeli individuals, unless the Israeli government funds them. However, most Israeli artists and academics are not rich enough to work without public funding.

As for the destruction of Israel, it is true BDS doesn’t call openly for it. However, its objectives are such that if Israel were to accept them, this country would cease to exist. BDS has three stated objectives: (1) to end the occupation of the Palestinian territories; (2) to end all discrimination against Palestinian citizens of Israel; (3) to implement an unlimited right of return for all Palestinian refugees (including their descendants) who fled or who were expelled during the first Arab-Israeli War of 1947-49, in which 10 percent of Israeli Jews were driven out of their homes as well by Arab forces.

The two first claims are legitimate, but the third is not. If all refugees were to go back to Israel (as Israeli citizens), Palestinians would become the majority in Israel proper. Omar Barghouti himself, the founder of BDS, has said: ‘‘If the refugees were to return, you would not have a two-state solution, you’d have a Palestine next to a Palestine.’’ This is illegal under international law. Even if the right of return exists (under UN General Assembly resolution 194), it’s not an unrestricted right, for Israel also has the right to exist as a Jewish state (under UNGA resolution 181).

Thus, a fair balance between the right of return and Israel’s right to exist is required. This is why UN Security Council resolutions 242 and 338, which take precedence over General Assembly resolutions, as well as the advisory opinion given by the International Court of Justice on July 9, 2004, do not talk about an unlimited right of return. They refer explicitly to a “just solution’’ to the refugee issue that takes into account the right of all states in the region to exist in peace and security, including Israel. This is also why in 2000, former US President Bill Clinton proposed the return of only part of the refugees in exchange for compensations reaching $30 billion—the highest amount of money ever offered to descendants of refugees.

Interestingly enough, BDS rejects even the creative compromise proposed by The Two States, One Homeland movement—that is, an Israeli-Palestinian confederation (two associated states with an open border) that would allow both Palestinians and Israelis to live on both sides of the border while retaining their original citizenship. BDS is so extreme that it went as far as disrupting the activities of Two States, One Homeland, forcing it to cancel its inaugural event in the West Bank.

In fact, BDS refuses any compromise that would not spell the end of Israel. To quote Omar Barghouti once again: “Colonizers are not entitled to self-determination, by any definition of self-determination." This claim is totally absurd. Who would dare say the United States, Canada or Australia have no right to exist because of their colonial origins?

Even still, though it would not change anything with regards to Israel’s right to exist, the idea that this country is a European colony is really a matter of perspective. What the Palestinians understand as a colonial invasion is, for Israelis, a return to their ancient homeland. This is not surprising. If one looks at the situation with an open mind, it is obvious it is not a struggle between good and evil but rather a Greek tragedy (a clash of rights).

In the first half of the 20th century, the Jews were persecuted. Hence, they needed a state of their own to protect themselves against anti-Semitism. Furthermore, according to the theory of the redistribution of wealth, it is just to share out the land so homeless peoples, as were the Jews, can exercise their universal right to self-determination in their land of origin. However, the Palestinians’ refusal to share their land with the Jews is understandable as well, because they are the only ones who were made to pay for the creation of Israel. The rest of the world should have at least compensated them to share the burden.

“Antigone is right, but Creon is not wrong,’’ said Albert Camus to express the essence of tragedy that characterizes so well this conflict. Mr. Waters, you should heed these words!

Bernard Bohbot is a member of Canadian Friends of Peace Now. His views are his own.