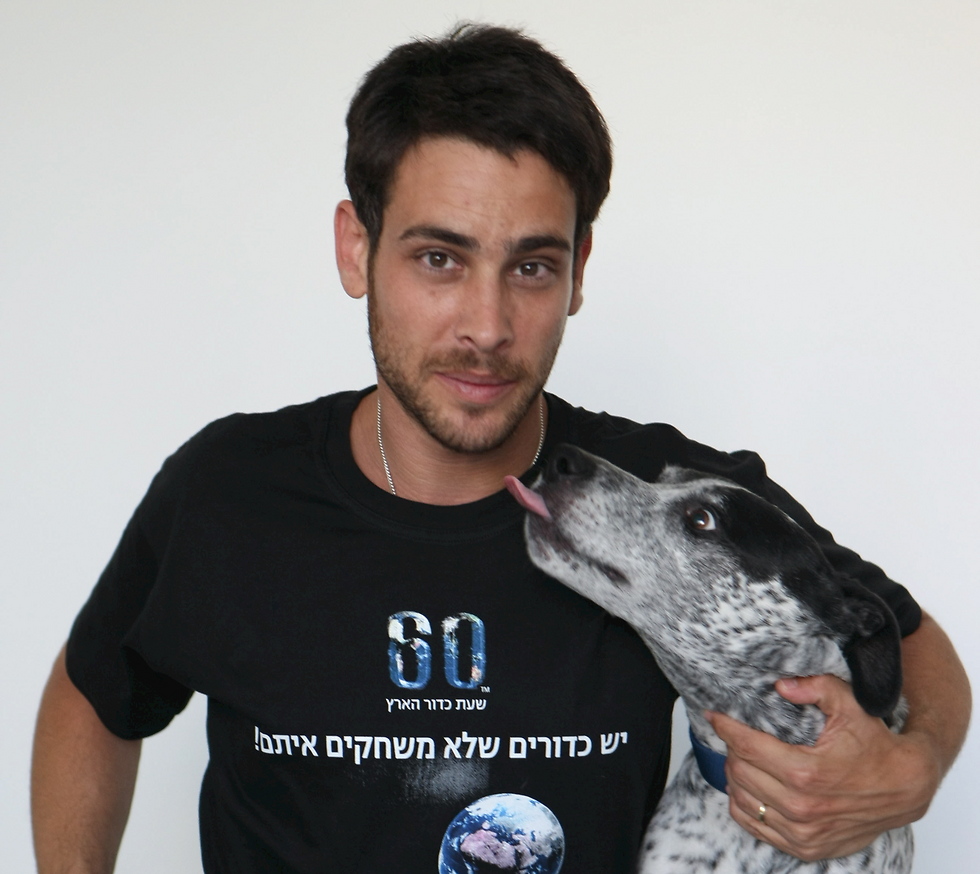 Israeli singer passes away day after saving niece from drowning

Amir Fryszer Guttman, former member of boyband Hi Five, drowned at an undeclared beach in Atlit; paramedics say he was not breathing and had no pulse when he was pulled out of the water; doctors manage to restart his heart at the hospital but he eventually succumbed.

Israeli singer Amir Fryszer Guttman passed away Sunday a day after saving his five-year-old niece from drowning at an undeclared beach in northern Israel, the Rambam Medical Center in Haifa said.

Fryszer Guttman, who was erroneously diagnosed with cancer, was at the beach in Atlit on Saturday with friends and family to celebrate a year since learning he did not have cancer.

Israeli dancer and singer Michal Amdursky, a friend of Fryszer Guttman, was at the party and later recounted the incident on her Facebook page.

Fryszer Guttman and Amdursky at the beach on Friday (Photo: Instagram)
"The sea was vicious. Amir went into the water with his niece and another friend, and within seconds they were carried away (by the waves). Amir held his niece above the water, so she won't drown. He reached the point of exhaustion," Amdursky wrote.

"My husband and two other guys went into the water to get them. Amir swallowed a lot of water. The niece is fine," she reported.

Amir Fryszer Guttman, right, with his partner and child.
According to the police, the beach was undeclared and therefore had no lifeguards posted there.

Paramedics who arrived at the scene said Fryszer Guttman was not breathing and had no pulse when he was pulled out of the water. They performed CPR and then evacuated him to the hospital while continuing resuscitation efforts.

Doctors at the hospital were able to restart his heart on Saturday, but he succumbed on Sunday.

Fryszer Guttman at the beach earlier Saturday
Fryszer Guttman, 41, a director and former member of the boyband Hi Five, was diagnosed with Non-Hodgkin Lymphoma in March 2016. Three months later, after he was hospitalized and underwent chemotherapy, doctors realized the diagnosis was wrong.   Earlier this month, Fryszer Guttman filed a NIS 5 million lawsuit against the Ichilov Hospital in Tel Aviv over the wrong diagnosis.