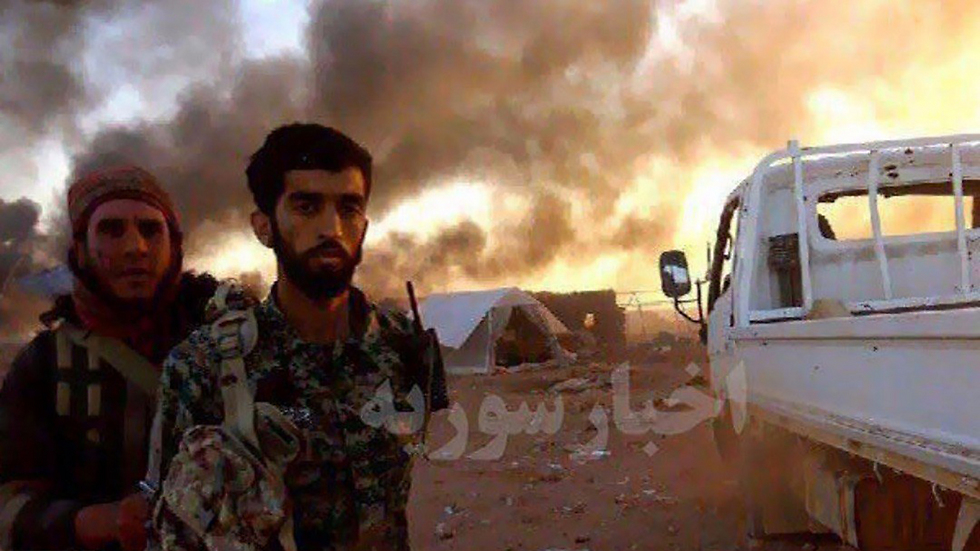 Iranian media is reporting that ISIS has executed Muhsin Hajaji, a member of Iran's Revolutionary Guards, in the al-Tanf area, near the Syria-Iraq border.

While the hard-line Sunni terror organization has yet to publish the execution on the web, images of Hajaji being held by ISIS forces have circulated throughout social media in recent days.

Qasem Soleimani, commander of the Quds Force, has promised revenge for Hajaji's death.

"Iran's brave sons will take revenge for this barbaric act," said Soleimani, who promised to "uproot the filthy tree of Wahhabism and terror from the Islamic world. These crimes only increase our determination to cleanse Islamic lands of their filthy presence."

Soleimani linked the execution to the recent defeats suffered by ISIS and organizations which Soleimani accused of "collaborating with Western forces against (Islamic) fighters on all fronts."

ISIS propaganda circulated on social media depicting captured Revolutionary Guards member being handed over to Imam Hussein, who has been beheaded

This is not the first affront against Iran committed by ISIS. Tensions reached their peak two months ago when ISIS launched a twin terror attack at the Iranian parliament in Tehran, killing 13 people.

ISIS has vowed to attack Iran again and this week published a video called "Burning the Zoroastrians."