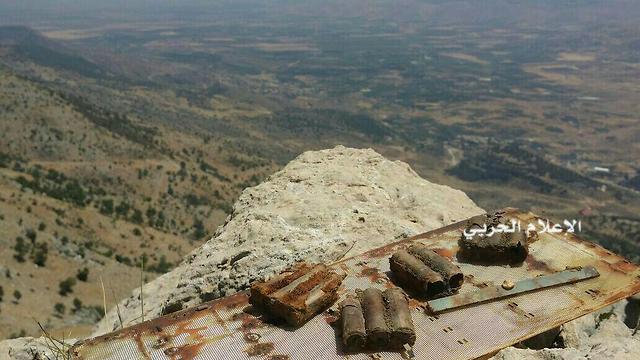 The terror organization claims to have discovered the device—disguised as a rock—overlooking the Beqaa Valley; Al Manar network reports device was detonated remotely.

Hezbollah announced Sunday that it had discovered an alleged Israeli spying device in Har al-Barouk, opposite Lake Qaraoun in the Beqaa Valley.

According to the Al Manar network, the device was remotely detonated by Israel and pieces were scattered throughout the Har al-Barouk area.

Fiberglass remains of the alleged device

According to Hezbollah's media arm, fiberglass in the shape of a boulder was covering the device, which was fixed on a rock overlooking the villages in the western Beqaa Valley, including the Beirut-Damascus Highway.

Remains of the device

The discovery on Sunday comes as Hezbollah prepares to hold an annual rally marking the end of the Second Lebanon War. The rally is due to be held in southern Lebanon and include several senior members of the organization.

Hezbollah Secretary-General Hassan Nasrallah is expected to broadcast a speech to supporters during the rally.