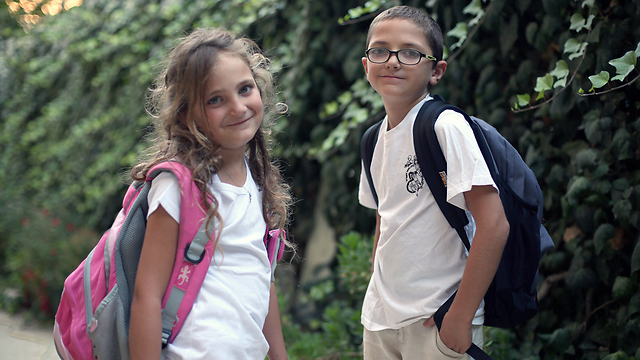 New report published by Organization for Economic Co-operation and Development shows while Israeli teachers now paid more, they are still behind OECD average; Israeli classrooms among most crowded in OECD.

Israeli investment in education remains conspicuously lower than the OECD average, despite improvement in several areas, according to a newly published annual report by the Organization for Economic Co-operation and Development (OECD).

The "Education at a glance" report compares member states' education systems and reveals, among other things, a large disparity in the annual wages received by experienced junior and high school teachers.

As of 2015, wages of Israeli teachers working full-time positions with 15 years of experience and training in primary education stood at $29,718 per annum, falling far short of the OECD annual average of $42,864.

Similarly, in junior high schools Israeli teachers brought in a gross annual income of $32,509 compared to $44,623 in other developed countries while in Israeli high schools, teachers ended the year with a total of $27,036 while teachers in OECD countries received an average of $46,631.

Illustration: Israeli students starting the school year (Photo: Gil Yohanan)
Converting this data to shekels, with a conversion rate of NIS 3.5 to $1, shows an Israeli high school teacher makes an average NIS 94,626 a year, compared to NIS 163,208 annually in the other OECD countries. Over the years, a marked improvement has been achieved in Israeli teachers' wages thanks to the "Ofek hadash" (New horizon) and "Oz latmura" (Courage to change) reforms. The increase is reflected in the OECD report, with Israel ranked second in wage improvement for kindergarten and primary school teachers, first in junior high teachers and fourth in high school teacher wage improvement. Despite the leap however, a wide margin still exists between the Israeli teachers and their OECD counterpart. According to the report, when it comes to national expenditure on education, the figures are somewhat grim, showing the average annual investment per student in Israel ranks lower than the OECD average: $7,800 compared to $10,800. Converted to shekels, Israel spends NIS 27,300 per year on its students, whereas OECD countries spend NIS 37,800 a year.

Despite the financial investment gaps however, the fresh statistics reveal that Israeli annual expenditure per student between 2010-2014 was on the rise with a 15% jump.

The report also goes into detail on classroom overcrowding, concluding Israel has some of the most packed classrooms in the OECD.

For example, Israeli primary education schools contain classrooms 27% more crowded compared to OECD countries, with 26.8 children per classroom compared to only 21.1. In junior high this gap is slightly narrower at 20%, and 28 compared to 23.3 students per classroom.

The Ministry of Education however, claimed that this particular statistic was misleading since it pertains to a year before a new reform reducing the number of students per classroom came into effect, which applied to the first to third grade in the past three years and will also apply to fourth grade classrooms next year. According to the reform the number of students per classroom will not exceed 34.

Minister of Education Naftali Bennett and his OECD counterparts (Photo: Shauli Lendner)
The OECD report stated the hours of compulsory education for Israeli primary students is 25% higher compared to the organization's average. Taken as a whole, the margin equates to approximately five weekly additional hours per student on average, during their entire primary school education. However, despite more teaching hours in Israel, Israeli students' achievements in international tests remains lower compared to the OECD average. The report also went into detail on higher education, showing the percentage of people holding higher education degrees in Israel stands at 49.9%, much higher than the OECD's 35.5% average. In addition, 87% of Israel's population has completed their high school education, compared to the OECD's 78%. "It points to an improvement in many indices, especially teacher wages," said Ministry of Education Director-General Shmuel Abuav in response to the report. "Quality of education starts with quality of teaching, and a judicious use of resources allows us to improve the quality of teaching in Israel. "The report shows our students receive more teaching hours, and teachers are being rewarded more for their investment," he added. "We intend to continue strengthening teachers' wages, both the old and the new, as when all is said and done they are the backbone of the entire education system."