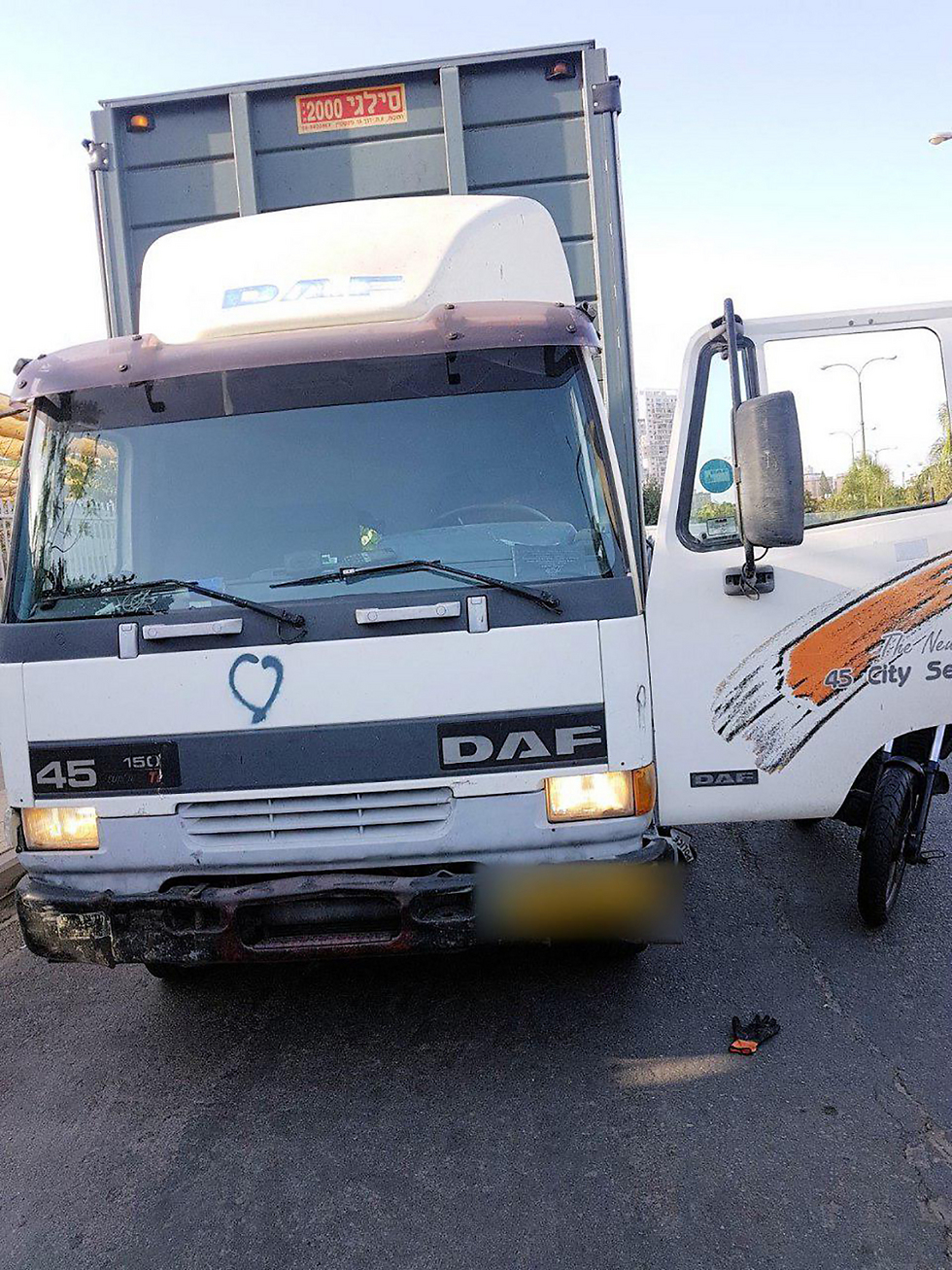 Palestinian arrested after stealing truck to run over IDF soldiers

After receiving reports of a stolen truck in Holon, police find 39-year-old Palestinian culprit who attempted to flee in car chase before hitting a vehicle and being arrested; during investigation, the resident of Ramallah confessed he intended to use the stolen truck to run over IDF soldiers in central Israel.

A 39-year-old Palestinian from Ramallah was arrested Thursday after he stole a truck in Holon which he intended to use against IDF soldiers in a car-ramming terror attack.

When the truck was located by police, the driver, who was called upon to stop, tried to escape in the direction of Rishon LeZion, prompting a car chase.

Truck stolen for car-ramming attack (Photo: Israel Police)
The chase was brought to a close and the suspect was arrested after he hit a private vehicle and a police van on Moshe Dayan Boulevard in the coastal city. The suspect confessed during questioning that he intended to use the vehicle to run over IDF soldiers in central Israel.

He is set to be brought on Friday to the Rishon LeZion Magistrates’ Court where his arrest is expected to be extended.