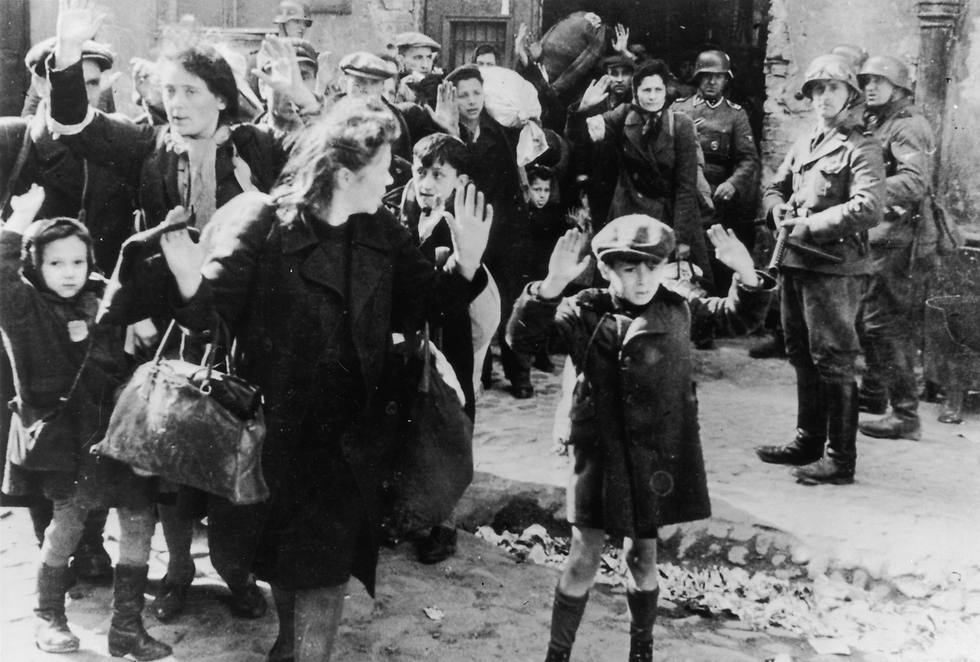 FM officials, Israeli amb. to Poland and more attack bill that if approved, will prevent vast majority of Polish Holocaust survivors from claiming property lost during WWII or under USSR rule; Poland is the only European country not to approve Holocaust restitutions; roughly 3M Jews from Poland were murdered during WWII.

The Foreign Ministry submitted an official complaint to Polish Ambassador to Israel Jacek Chodorowicz on Thursday, objecting to a new Polish bill that would greatly impede Holocaust survivors' and their relatives' ability to reclaim property that had been confiscated during World War II, or under post-WWII Soviet rule in Poland.

According to top officials in the Foreign Ministry, Israel is disappointed that the bill does not mention Holocaust survivors, and that it includes several draconian clauses that would make their ability to reclaim lost property substantially harder. "One cannot compare the fate of Jews in the Holocaust to that of any other group," they stated. "The Israeli government demands that Poland rectify this legislation to make it more just to Holocaust survivors."

Israel's Ambassador to Poland Anna Azari will submit a similar letter of protest to the Polish Foreign Ministry.

Deputy Foreign Ministry Tzipi Hotovely has tasked her chief of staff to immediately fly to Warsaw and speak to Polish Justice Minister Zbigniew Ziobro, who is among the parliamentarians promoting the bill.

World Jewish Restitution Organization (WJRO) Chair of Operations, Gideon Taylor, stated Thursday that "we greatly welcome the strong engagement of the government of Israel asking Poland to address this issue. This is about justice and we have been urging the government of Poland to amend the proposed legislation to ensure that it is fair for all claimants including Holocaust survivors and their families in Israel and around the world."

Following the bill's submission, World Jewish Restitution Organization Chairperson Ronald S. Lauder, together with Chair of Operations Taylor, issued a joint statement saying that "we are deeply disappointed that the Polish government's bill does not allow most survivors and their families to receive compensation. The survivors and their families were an integral part of Polish life for hundreds of years, and their property consitutues the last remaining link to their life before the destruction that was the Holocaust. We call on the Polish government to make sure that the bill, when presented before pariliament, will include more lenient and fairer conditions that would allow justice to be offered to those who have suffered so much."

Israeli sources further stated that the Polish bill is an outrage that has raised criticism not just from Israel and Jews in the Diaspora, but from the US State Department and France's Human Rights Ambassador to Holocaust-related matters François Croquette, who submitted his own objection to the Polish Foreign Ministry.

The bill stipulates that a Holocaust survivor seeking to file a restitutions claim must be a current citizen of Poland or needs to have lived in the country when their property was seized by the post-war communist regime.

The bill's stringent conditions preclude most survivors from filing a claim, since many Jewish families living in Poland were annihilated during the war by the Nazi regime, leaving no heirs to claim the property, while most who survived left Poland during the Holocaust or shortly afterwards.

Under the proposed law, the only heirs who would be able to file a claim are the children or grandchildren of the survivors. Other relatives, such as nieces and nephews, would not be allowed to submit restitution claims, despite the fact that in many cases, these are the only living relatives left following the Holocaust.

Other clauses include one that says that survivors would not be able to submit claims for stocks that were in their property, and that any claims would have to be submitted within one year, afterward remaining properties will be transferred to the Polish Finance Ministry.

Jews in Poland during the Holocaust (Photo: Getty Images)

Three million Polish Jews, about 90 percent of the Jewish community in the country, were murdered in the Holocaust.

Polish Ambassador to Israel Chodorowicz (Courtest of the Polish Embassy)

Nevertheless, Poland is the only major European country that has not yet enacted a law for the restitution of Jewish property seized by the Nazis or the country's regime.