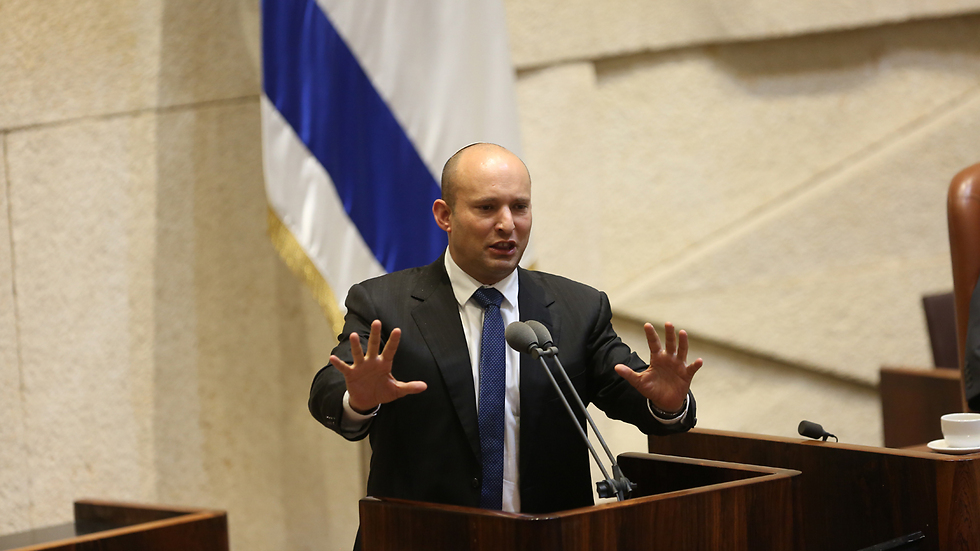 A seminar on civil rights that was to include Edu. Ministry's and Asso. For Civil Rights' cooperation is canceled after bereaved parents write to Min. Bennett that 'the asso. protects the terrorists who murdered our loved ones.'

Education Minister Naftali Bennett reportedly canceled an event of the Association for Civil Rights on Tuesday over allegations that it is "pro-terrorist." This after Bennett received a letter that was signed by the members of 45 bereaved families, objecting to the alleged cooperation between the ministry and the association.

The seminar was supposed to take place on Wednesday. The families, however, asked Bennett to intervene, claiming that the Association for Civil Rights aims to expand on the rights of terrorists and their families.

Among other claims, their letter cited several cases in which the association appealed to the High Court of Justice to prevent the demolition of terrorists' homes.

Bennett (Photo: Alex Kolomoisky)
"The Association for Civil Rights is an extremist de-legitimization organization whose many actions against the State of Israel include directly fighting us, bereaved families, while defending the terrorists who murdered our children, parents, brothers, wives and husbands," the letter read. It continued by writing that "unfortunately, the same de-legitimization organizations repeatedly protect these loathsome murderers. It is unthinkable that the Education Ministry would support this organization. Defenders of terrorism must be aggressively fought, not given budgetary support that comes out of all our pockets."

As a result of the letter, Bennett decided to cancel the seminar and have his ministry Dir. Gen. Shmuel Abuhav look into the allegations.

Sources within the Education Ministry stated that "the education minister will not provide any assistance to an organization wishing to harm the State of Israel. As such, if indeed this will be found to be the case, there will be no more cooperation, ever. Actions of the organization for the benefit of terrorists go against the important and significant values that the education system promotes."