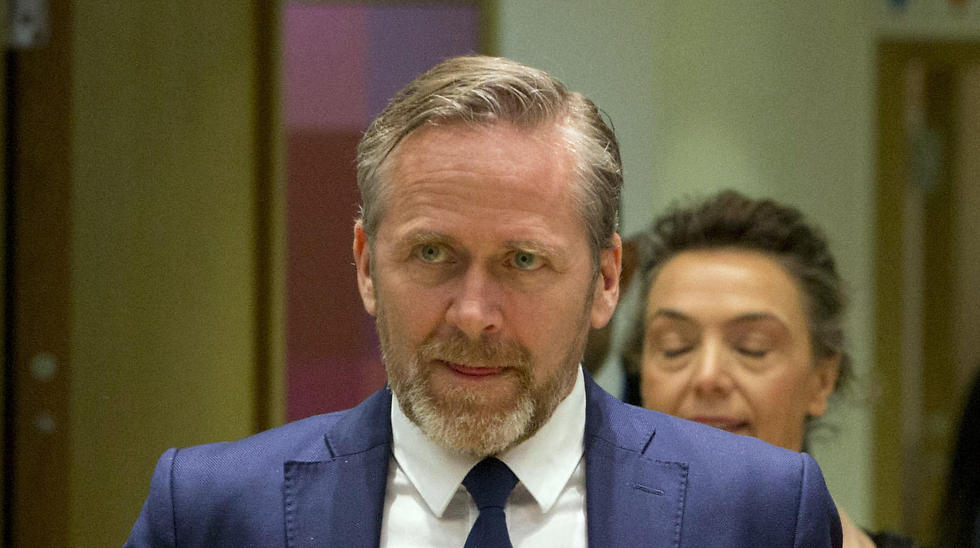 Danish Foreign Ministry decides to stop funding for 14 Palestinian organizations in the wake of an internal investigation that found these groups used the money to promote terrorism and the boycott against Israel.

Denmark's Foreign Ministry announced on Friday that it was halting financial aid to several Palestinian NGOs over ties with terror groups.

In addition, Copenhagen set stricter conditions for Palestinian NGOs' eligibility for aid in the future to ensure the money is used for the right purposes, rather than go to terror groups or the BDS Movement. The decision was made in the wake of an internal investigation in the Danish Foreign Ministry ordered by Foreign Minister Anders Samuelsen at the urging of Prime Minister Benjamin Netanyahu and Strategic Affairs Minister Gilad Erdan.

Danish Foreign Minister Anders Samuelsen (Photo: AP)
Starting 2018, aid will be provided to only 10 Palestinian NGOs instead of 24. The Danish Foreign Ministry said it will "continue to support civil society organizations focusing on the human rights situation in Palestine, which is a priority under the Danish foreign policy," but starting next year, "the funds will be transferred under new and stricter conditions. Donor cooperation will end at the end of the year, and the remaining Danish funds from 2017 will be used for expenses related to the administrative completion of the program." The Danish investigation into the matter was launched after the Palestinian Women's Affairs Technical Committee (WATC), which enjoyed Danish aid money, opened a center for women last June named after the terrorist Dalal Mughrabi, who murdered dozens of Israelis in the 1978 Coastal Road massacre.

Dalal Mughrabi, right, and the coastal road massacre
WATC received half a million dollars through the Ramallah-based Human Rights and International Humanitarian Law Secretariat, a donor program sponsored by Denmark, the Netherlands, Sweden and Switzerland. According to Israel's Strategic Affairs Ministry, the Secretariat funds many Palestinian organizations that promote the de-legitimization of Israel as well as boycotts against it. Some of these NGOs, such as Al-Haq and Addameer, also have ties to the terror organization Popular Front for the Liberation of Palestine (PFLP).

Minister Erdan praised the Danish Foreign Ministry's decision, calling it "a significant achievement for Israel in its resolute struggle against the boycott organizations, which suffered a severe blow today."

"It cannot be that European countries continue funding Palestinian organizations working to promote boycott and present a distorted image of Israel, and more gravely - having ties with terror elements," he said.

"I'm glad Denmark has realized the Danish tax payer does not wish to fund - directly or indirectly - Palestinian organizations with ties to terrorism. I call on other nations on the European continent to take the same measure of moral responsibility and take similar steps," Erdan added.