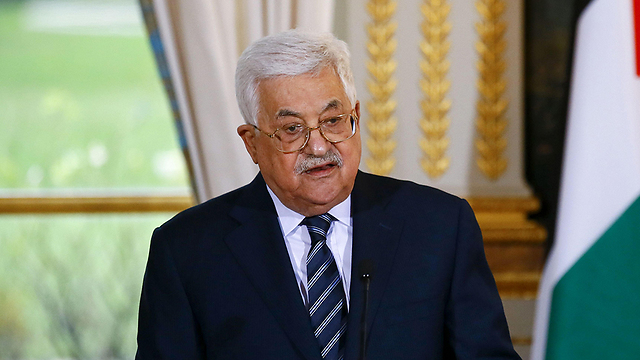 US funds for Palestinians reportedly frozen; US official denies

Transfer of US relief funds for Palestinian refugees in the sum of $125 million is reportedly frozen, though State Department official asserts no final decision had been made on the payment.

The United States has frozen $125 million in funding for a UN agency that provides aid to Palestinian refugees, Axios news site reported on Friday, but a State Department official said no decision had been made on the payment.

Days after President Donald Trump threatened to withhold future aid payments to Palestinians, Axios said the funding was frozen until the US government finishes its review of aid to the Palestinian Authority.

The sum, a third of the annual US donation to the United Nations Relief and Works Agency, was supposed to be delivered by Jan. 1, Axios said, citing three unidentified Western diplomats.

PA President Abbas (Photo: Reuters)
The State Department official, who spoke on condition of anonymity, said: “That (Axios) story is very misleading. Just because they were expecting the money on the first, and they did not get it at that time, does not mean it was suspended or canceled. Deliberations are ongoing, and we have until mid-January to make a final decision.” Asked if any preliminary decision had been made, the official replied: “No. And reports to that effect are false.” UNRWA spokesman Chris Gunness said the agency had not been “informed directly of a formal decision either way by the US administration.” Trump said on Tuesday he would withhold money from the Palestinians, accusing them of being “no longer willing to talk peace” with Israel. ”We pay HUNDRED OF MILLIONS OF DOLLARS a year and get no appreciation or respect. They don’t even want to negotiate a long overdue peace treaty with Israel ... with the Palestinians no longer willing to talk peace, why should we make any of these massive future payments to them?” Trump said on Twitter.

Commenting on Trump's tweets, Nabil Abu Rdainah, a spokesman for Palestinian President Mahmoud Abbas, said: "Jerusalem is not for sale, neither for gold nor for silver."

Hanan Ashrawi, a member of the Palestine Liberation Organization's executive committee, said in response: "We will not be blackmailed."

The United States is the largest donor to the agency, with a pledge of nearly $370 million as of 2016, according to UNRWA’s website.