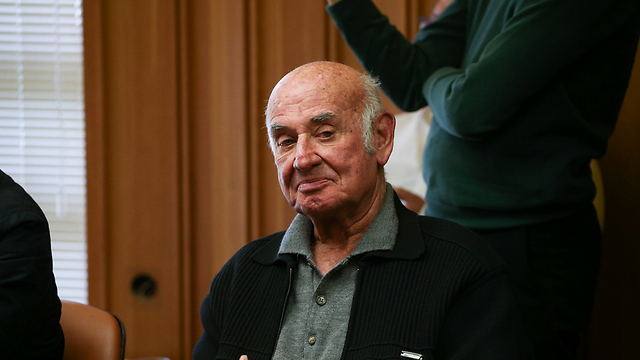 MK Yaakov Peri to resign from the Knesset

Former Shin Bet director who was elected to parliament as part of the Yesh Atid party says he intends to 'take a time out from public activity' amid reports he failed a polygraph test when questioned after allegedly leaking information to Aryeh Deri about an investigation against him in the 1990s.

Yesh Atid MK Yaakov Peri announced Wednesday his intention to resign from the Knesset and "take a time out from public activity."

A month ago, investigative TV show Uvda reported that Peri had failed a polygraph test after allegedly leaking information to Shas Minister Aryeh Deri about an investigation against him in the 1990s. Pnina Tamano-Shata, who served in the previous Knesset, will replace Peri in the Israeli parliament.

Yaakov Peri (Photo: Ohad Zwigenberg)
"I've never hidden the fact that heart problems prevented me from completing a full military service. In recent months, different elements are trying to undermine my credibility and my many years of work for the State of Israel," he charged, adding, "My whole life I fought, worked and was even wounded as part of my job in the Shin Bet." "In light of the fact that the systematic reports cast a heavy shadow on my many years of work for the fortification of Israeli security and the values represented by the Yesh Atid party, I've decided to take a time out from my public activity and submit my resignation from the Knesset," he said.

The Yesh Atid Party said, "We respect Peri's decision to resign from the Knesset. Peri served in the Shin Bet for more than 30 years, during which he was seriously wounded and then returned to service. Peri's contribution to the fight against terrorism and to the fortification of Israel's security will be to his credit for many years to come."

Pnina Tamano-Shata to replace Peri (Photo: Benny Doutsh)
Following news of Peri's resignation, Uvda tweeted that a new investigative report about Peri was scheduled to air on Wednesday evening. Last month, Peri provided his version to the allegations against him. "As part of my job as the Shin Bet director, Minister Deri and I had an ongoing working relationship. During the investigation against him in the early 1990s, Minister Deri complained to me about the investigation and stated as a fact that he was being wiretapped. He said (investigators) were being cruel to him, harassing him. He spoke about this to everyone. He never asked me to interfere and never asked anything on this matter, and I of course never responded to his remarks," Peri said. He said he agreed to take a polygraph test "without hesitation" because "I didn't have then—much like today—anything to hide on this matter." Peri further explained that a polygraph test "is done in several rounds, which are all part of the same test. I did two tests, one of them included two rounds. I can tell you with full confidence that many times, the results are not unequivocal." He noted that the case against him was closed, saying "the investigative team didn't find any evidence in order to prosecute, as they themselves were aware of the limitations of the polygraph machine."