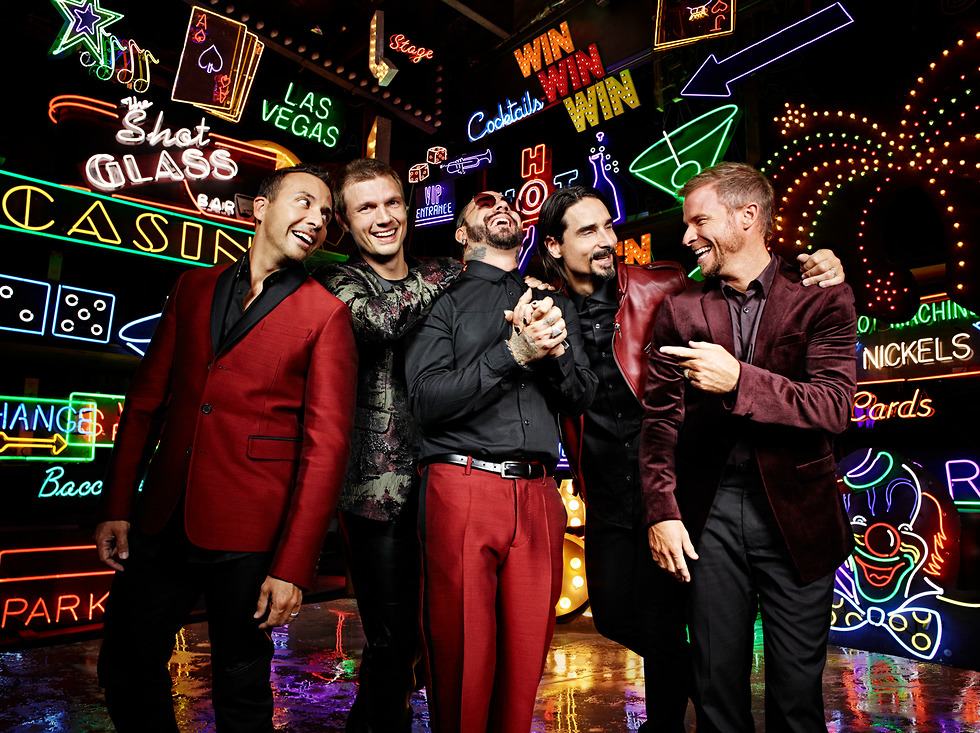 Backstreet Boys to return to Israel for April concert

After a successful three-show run two years ago, Backstreet's Back with their Las Vegas concert 'Larger Than Life,' including all of their greatest hits; pre-sale general admission tickets to cost NIS 285, later climb to NIS 315; golden ring tickets to cost NIS 595.

Backstreet Boys will be returning to Israel this coming April two years after a successful three-show run in the Holy Land.

This time, the band is only scheduled to play one concert, on April 22 at the Live Park in Rishon LeZion.

Pre-sale tickets for the general admission area will cost NIS 285 and will later climb to NIS 315.

Backstreet Boys are coming back to Israel
X

Backstreet Boys are coming back to Israel

Tickets for the "golden ring" area will cost NIS 595, allowing fans to get closer to the band.

The concert will be based on the band's Las Vegas residency at the Planet Hollywood Resort & Casino, "Backstreet Boys: Larger Than Life."

Backstreet Boys: Howie, Nick, AJ, Kevin and Brian (Photo: PR)
The setlist is made up all of BSB's greatest hits, including "Everybody (Backstreet's Back)," "Larger Than Life," "As Long As You Love Me" and "I Want It That Way." The band, which was formed in 1993 in Orlando, includes Kevin Richardson, his cousin Brian Littrell, AJ McLean, Howie Dorough and Nick Carter.