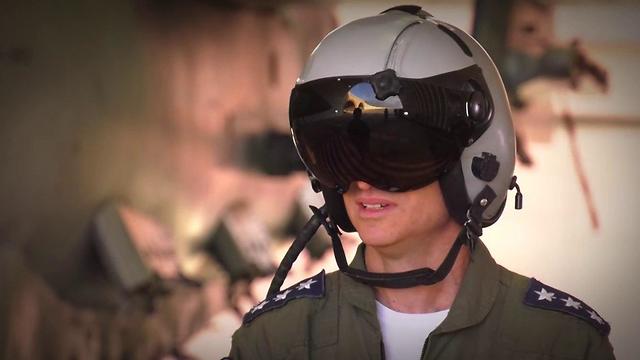 Pilot who participated in IAF's daring three-minute bombing of Syria's nuclear reactor in 2007 shares feelings in moments before, during and after operation, recalling the views from above and the difficulty in staying mum after; 'To this day, my wife doesn't know,' he says.

In 2007, Colonel A, who served as a deputy commander of the Ra’am (Thunder) F-15 Israel Air Force squadron, was part of one of the units that was informed a few months in advance of the plan to destroy the nuclear reactor under construction in Syria. In an interview conducted before Israel’s public announcement confirming that it had been responsible for eradicating the reactor, Col. A shared his story about the complex preparations for the operation, the feelings before, during and after, the suspense that accompanies embarking on a mission without knowing what exactly the target is, and the difficulties of remaining silent after the objective’s completion.

“Air Force pilots are trained for things that have to be kept secret and it’s not always possible to reveal everything,” he says. “They don’t know the target and they don’t know the area. They are told that something is forming, and they know not to ask questions that they don’t need to ask.”

When are the pilots themselves chosen to participate in the operation?

“For the operation there were a few options, and therefore we didn’t know exactly what the arrangement of forces would be, which pilots would fly and the precise number of planes. The moment that things start to take shape we put in the people we train and the evening beforehand performed a massive simulation identical to the operation.”

“In the southern skies and in Israel’s airspace, but in terms of space and abilities, it simulates everything identically.

In the operation itself, did the Syrian anti-aircraft system spot you?

“As I know the warning systems that we have in our planes, the Syrian air defenses didn’t recognize us.”

To what extent were you worried about it?

“When you fly in Syrian territory at night, the area that is the most densely protected with air defenses in the world, your basic assumption is that you will be discovered at some stage. But our abilities are just as good. We know how to avoid these systems and how to manipulate them.”

Let’s talk a little about the attack. The moment when you release the bombs, before they hit their targets. What is the suspense like? What goes through your head in that moment?

“The moment the bombs are fired is the moment we wait for. Usually, it works. Our planes are good, our maintenance systems ensure that there are no technical faults. We fly above the target, press the red fire button, you feel it in the blow to the wing and you know it's on its way. Now we wait a few seconds until they hit and you see the great achievement.”

69th Squadron before the attack (Photo: IDF Spokesperson's Unit)
Do you see it on the plane’s systems or with your own eyes? "I see it both on the observation systems I have in the plane, and using that I can also see it with my own eyes. In the end, an explosion happens and it’s a big explosion. In the night time darkness, you see it perfectly with your own eyes.”

119th Squadron before the attack (Photo: IDF Spokesperson's Unit)
When you cross the border from Syrian airspace into Israel, when it’s behind you, what are the feelings? “There is a feeling of great satisfaction. We understand that we were participants in a historic achievement. We understand that we were part of (the operation) in which Israel erased an existential threat. Toward the landing, there’s already a certain type of relief, you joke a bit in the cockpit, you speak a bit about the worries you had before, about what happened and the responses we practiced.” After you attack and destroy the nuclear reactor of the enemy, how do you maintain your poker face? “In your own home it’s hard. You live in the neighborhood, you hear that there were takeoffs and you hear all kinds of things, but we're trained for this too. I think that until my wife recognizes me in this interview, she won’t know a thing about what happened.”