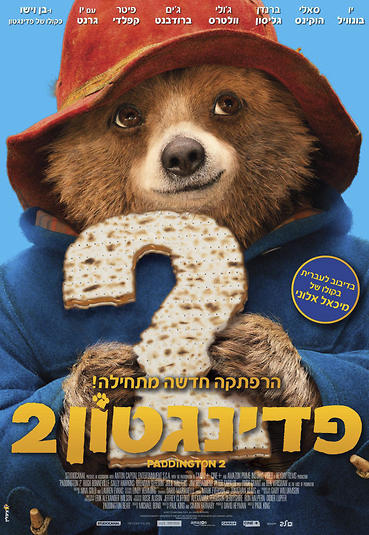 Paddington Bear gets kosher for Passover

In Israel, Paddington Bear eats his marmalade on matzah.

On some posters advertising the new film, Paddington 2, the British movie creation is being given a kosher-for-Passover makeover.

Elsewhere, Paddington Bear holds his trademark bread and marmalade sandwich shaped as a 2. In Israel, his marmalade is spread on a 2-shaped matzah—the unleavened bread eaten during Passover.

A spokeswoman for the Israeli distributor said Thursday the campaign is meant as a nod to the holiday, which starts next week.

During the holiday, bread and other items made from yeast disappear from store shelves. Instead, Jews eat matzah to illustrate how the Israelites had no time to let their bread rise as they fled from bondage in Egypt.