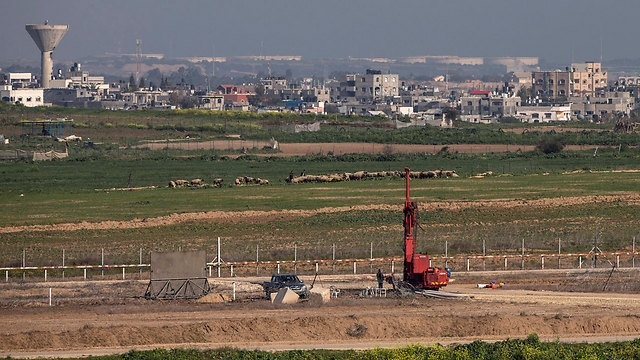 Op-ed: Israel must change its policy and acknowledge the existence of an independent state named Gaza on its border, whose government was elected in a relatively democratic vote. Furthermore, it should encourage Western and Arab states to invest in Gaza’s reconstruction, together with the Hamas government rather than behind its back.

Once again, we seem to be at the start of a period of security-related events both in Judea and Samaria and in Gaza. While the two areas are linked, primarily by Hamas—from a strategic perspective, these are two different stories that call for a different attitude.

The situation in Judea and Samaria is static and stable. As we are expecting no diplomatic breakthrough—unless US President Donald Trump suddenly surprises us—all we need to do is to pursue the current policy, which is based on economic and security cooperation. If there are any lessons to be learned from the recent events, they are essentially of a tactical nature.

In Gaza, things are different: There, an Israeli initiative is required. The situation is unstable and could deteriorate very soon, whether in the form of a military outburst like Operation Protective Edge or in a more complicated scenario of a mass protest aimed at breaking through the fence and marching towards Israel.

The difference between the way we have gotten used to look at Gaza and the right way is based on three insights. First of all, Gaza has been a de-facto independent state for 11 years now. A state has four characteristics: A defined area; an efficient central government; an independent foreign policy; and an army of its own. Gaza meets all four requirements.

The second insight has to do with an examination of the interests. Israel has no political, economic or territorial interests concerning Gaza, but only a security interest to maintain calm. While Hamas’ vision is to destroy Israel, when it comes to its short-term interests it will settle for maintaining its control of Gaza. For that purpose, it needs international legitimization and urgent financial aid—which is why there is no real contradiction between the Israeli interests and Hamas’ immediate interests.

The third insight is that Gaza can’t be rebuilt as long as we insist that the money for the reconstruction is transferred directly to the Palestinian Authority. Palestinian President Mahmoud Abbas isn’t interested in the strip’s reconstruction. He is interested in toppling the Hamas regime and has no compunction about doing so at the expense of the two million miserable people living there. He has no problem with another military conflict between Israel and Hamas either, as he sees it as a conflict between his two enemies.

The conclusion from these three insights is clear: Israel must change its policy and acknowledge the fact that it has an independent state named Gaza on its border, whose government was elected in a relatively democratic manner.

Israel is better off adopting a proper carrot and stick policy vis-à-vis Gaza than threatening it with sticks alone and hoping Egypt or Abbas will deal with the strip’s reconstruction (Photo: AP)

Furthermore, Israel should encourage Western and Arab states to invest in Gaza’s reconstruction, together with the Hamas government rather than behind its back. The more power stations, desalination facilities or sewage development projects are built in Gaza, the more it will restrain the Hamas government.

I am familiar with the claim that Hamas will use the aid to build more tunnels, but my claim is different: This has been happening in recent years because of the lack of negotiations with Hamas and because the money and the means aren’t being transferred directly to Hamas. If Hamas is recognized as a de-facto state, and if it signs agreements calling for strict supervision of the concrete and all other means sent into the strip, it will invest more in a civil infrastructure.

The political rift between the two parts of the Palestinian entity, the one in the West Bank and the one in Gaza, was created by the Palestinians—not by Israel. For that reason, Israel has no interest in turning the two areas into one state. We are better off adopting a proper carrot and stick policy vis-à-vis the independent state in Gaza than threatening it with sticks alone and hoping that Egypt or Abbas will deal with the strip’s reconstruction.