Strummin' a guitar at the Kinneret
Photo: Kinneret Association 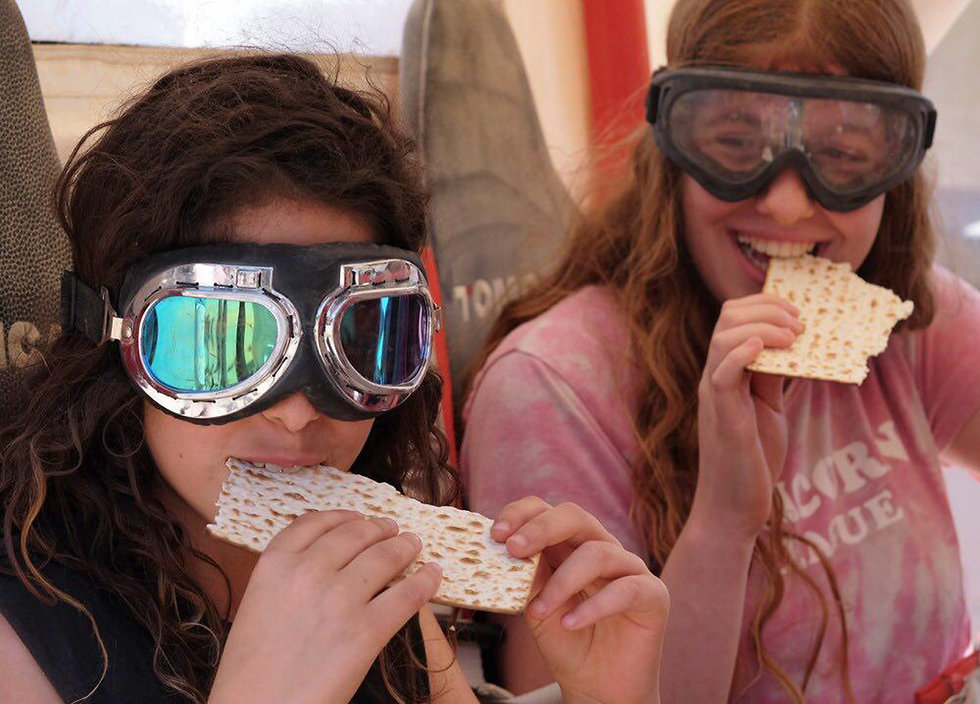 Over 200,000 Israelis tour the country during Passover

Many Israelis take advantage of the nice weather during the intermediate days of Passover to visit nature reserves and national parks across the country, the main sites being Gan Hashlosha (Sachne), and national parks Qumran and Caesarea.

About 220,000 Israelis visited nature reserves and national parks throughout the country at the start of the intermediate days of Passover.

The Golan Heights alone saw some 20,000 visitors on Sunday, while on Monday visitors flocked to Park Hama'ayanot and Goren Park, as well as Agamon Hula and Jordan Park.

In addition to the people, over 50 flamingos landed at Agamon Hula as a pit stop on their way to Turkey, where their nesting areas are.

According to KKL-JNF, by 3pm Sunday 5,000 people visited the Agmon Hahula Nature Reserve. A similar number of visitors was also noted in Achanatus Parking located in Britennia Park.

About 3,500 visitors arrived at Jordan Park, and approximately 1,000 hiked in the Elad forest. Thousands flocked to Canada Park and Ben Shemen Forest. Goren and Admit Parks were completely packed with visitors.

visitors to Nahal Kziv (Photo:Treasures of the Galilee)

Many chose to visit the Western Galilee, and particularly Nahal Kziv.

The Treasures of the Galilee project, the Israel Nature and Parks Authority and the Drainage and Streams Authority of the Western Galilee are subsidizing shuttle services for the 5,000 visitors arriving at Nahal Kziv. The shuttles go all day long and connect the parking lot with the beginning of the track. Visitors can use the shuttles for the nominal cost of NIS 5.

Nadav Harel from the Galilee Project said that all touristic sites are at very high occupancy. The visitors can enjoy the nice weather, hike the tracks and take part in creation workshops, marine attraction on the beaches of the Western Galilee, go to restaurants and more.

Around 2,000 people visited the synagogue and ancient ruins in the city of Katzrin in the Golan Heights, where a song festival took place for the fifth year in a row. The Hallel prayer, which is said at the beginning of every Hebrew month and during holidays, was recited.

Thousands of Israelis went south to visit the Arabah region. Some 800 people hiked in Nahal Nekarot, and many visited the Vidor Center to learn about agriculture in the Arabah.

As the weather got warmer, many sought respite in streams. Thousands hiked along streams in northern Israel, and kayak sites in Kibbutz HaGoshrim and Kfar Blum were jam packed with people.

Many visited Guru Garden where the Nature of the Animals Festival takes place. The festival opened on Sunday and will last throughout the intermediate days. Starting on Sunday, one can also enjoy free paid guided tours to the battle hills on the upper level of the Hermon site.

Since Passover began, approximately 12,000 people visited the 15 quiet beaches of the Association of Municipalities Kinneret on Monday. There were more than 30,000 visitors in the area surrounding the lake.