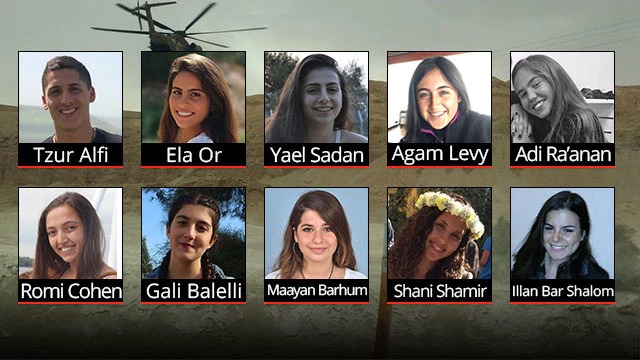 Ten teens were killed by a national mindset, not flash floods

Op-ed: The ten teens who were swept away in a flash flood were led to their deaths by the Israeli mindset that is rampant throughout society, according to which even the most unacceptable and dangerous risks are taken in the belief that in the end, 'Yihiyeh B'seder'.

Ten Israeli teenagers are dead. They died when a flash flood swept them away during a hike in a flood-prone area in south Israel, which was organized by a pre-military academy. They were victims of what could be described as a natural disaster. But sadly, it was not a natural disaster. It was a very avoidable human disaster that resulted from what I believe is a regrettable attitude that is rampant within Israeli society. Israel, just 70 years old, was cobbled together in a hurry. Acute housing shortages and a plethora of other problems demanded hasty solutions at the time of its birth. It is no small feat that it has burgeoned from the backwater and rundown desert of its infancy into what is often referred to as a high-tech powerhouse in such a short period.

Their hope that everything would surely work out in the end, a belief enshrined in the Israeli national anthem, perhaps gave rise to the overuse of the Hebrew words “Al Tidag” (don’t worry) or “Yihiyeh B’seder” (It will be ok.)

Having lived in Israel for several years, it is clear to me that these simple words have likely escorted the nation through some of its toughest and darkest hours. The belief that in the end, “it will be ok”, can often translate into reality, and it can engender positivity in troublesome times. In the grand scheme of things, Israelis can say with some pride that they have been vindicated.

Yael Sadan
But there is a price to be paid when things are clearly not going to be ok, or when one should worry, despite the casual and dismissive use of the common phrases. One of the young girls who was scheduled to go on the trip voiced her concerns about it to her friends on whatsApp.

Maayan Barhum
“I can’t believe I’m going on a trip in such weather,” she wrote. “It doesn’t make sense for us to go to a place where everything is flooding. It’s tempting fate. We’re going to die, I’m serious.” Naturally, some of her teenage friends were unconvinced and attempted to allay her fears, telling her not to exaggerate, before declaring their faith in the organizers. “I’m sure they are sensible and will take you to other places.”

(Photo: Rafi Kotz)
Meanwhile, the “responsible” organizers were sending messages to the teenagers assuring them that it was going to be “a fun and wet and an experience! “Don’t worry,” they said. “We are well prepared for the hike and the academy has checked with the relevant authorities.” Don’t worry, they said.

Tzur Alfi
That girl who voiced her concern is now dead and her family and friends have buried her. I watched the funerals of some of the children as their loved ones bid their final farewells, as they wept, stammered, wailed and gazed at their now lifeless treasures who are never coming back. It was truly haunting. But such carelessness and the indifference of “Al Tidag” and “Yihiyeh B’seder” was bound to lead to such a tragedy on such a scale sooner or later, and of course, this is not the first time. The problem is, is that this cavalier attitude prevails throughout Israel and few think twice about it.

Agam Levy
It is the reason why cyclists on electric bikes see nothing unusual in zooming up from behind a pedestrian on on a pavement. Too many people in the law-enforcement authorities could not care less because nobody really expects to be run over by a bike. Yihyeh B’seder. Probably everyone reading has experienced this. The bike skims past you and is already meters ahead before you realize that if you had taken one unexpected step to the left or right, your life could have been forever changed, if not taken.

Ilan Bar Shalom
It is the reason that when you approach a zebra crossing, you can never quite be sure whether the driver will speed up and risk running you over, or if you can walk as a civilized pedestrian confident that you will make it across alive or in one piece. It is the reason why Israel’s car accident fatality rate is so worryingly high. The list goes on.

Shani Shamir (Photo courtesy of the family)
Speed, cut lanes without looking, don’t use your car indicators. Al Tidag, Yihiyeh B’seder. Speaking from personal experience. I remember sitting in the back of my driving instructor’s car as I converted my license, while the pupil from the previous lesson drove us back to his home, approaching speed bumps at an unacceptably high speed with the radio blaring.

Adi Raanan
The instructor turned to him and said, “You are not supposed to do this.” The student, however, was able to silence his instructor with the words: “Don’t worry. I won’t do it in the test.” That is no exaggeration. It happened.

Western and genuinely modern countries simply do not behave like this. Of course, by saying this, I am well aware that I leave myself exposed to people who would say, if I don’t like it, go somewhere else, or stop complaining. But these are very real and very worrying everyday situations that I hope we can improve as a country, rather than run away from.

I believe that the tragic death of those children is symptomatic of a far larger problem that is ubiquitous in all strands of Israeli society. It encourages the dangerous cutting of corners far too frequently and reflects a stagnation in the country’s social development.

Romi Cohen (Photo courtesy of the family)
Of course, in some situations, it is good not to worry and people can take solace in the belief that it will be ok. Yet there are also situations - like taking a group of teenagers on a hazardous hike when weather forecasts warn of a possible continuation of a storm that battered the country the day earlier and already claimed two lives - when you should worry and when there is every chance that it will not be ok and when it is blatantly clear even to an 18 year old. An investigation has now been launched, and despite the outrage, it would be wrong to presume the organizers are guilty without them first being afforded due process. Moreover, responsibility could also be shared with government ministries. It is too early to know at this stage.

Gali Balelli
But an example should be made by the courts of whoever ultimately does bear responsibility for organizing this trip with a hefty sentence for leading children to their deaths. More importantly, the government should be undertaking campaigns to prevent similar tragedies and to change some of the less desirable behavioral patterns of Israeli society that can lead to the loss of life, rather than merely weeping only after they are so needlessly lost. Without that change, too many lives will be taken and too many injuries inflicted. Perhaps when that change is made, I for one, will feel more comfortable placing my trust in Israelis when they so frequently assure me: “Al Tidag. Yihiyeh B’seder.”