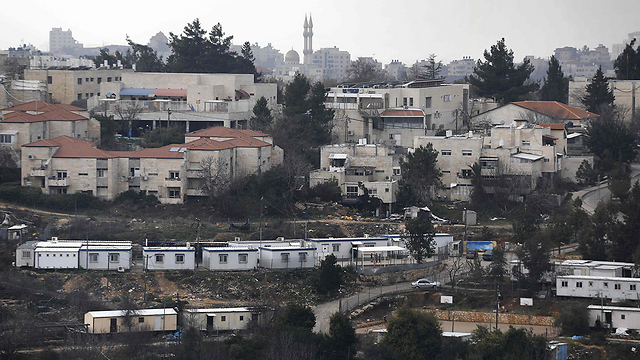 Finance Minister Moshe Kahlon's Buyer's Price program offers for sale some 300 new apartments in the West Bank settlement of Beit El, the biggest marketing move in the settlements since the program started; Kahlon's decision coincides with stalemate in talks with the Palestinian Authority.

Some 300 new apartments are put to sale in the settlement of Beit El the West Bank as part of the Buyer's Price program—a government-backed apartment purchase lottery that offers land at below market prices for sale to construction companies who vow to offer the future apartments at the lowest possible price.

The plan will be executed after a 10-year stalemate in construction in Beit El and is the biggest marketing move in the settlement since the Buyer's Price program was launched by Finance Minister Moshe Kahlon.

The program's goal is to transform the Beit El's southeast agricultural area to a residential neighborhood as well as unification and re-division of the lands, which will be allocated to building houses, public offices, commercial areas, routes, and a public open space.

The plan is to build 296 housing units in five different complexes in Beit El, being the biggest and significant marketing move in the settlements since the program started.

In the settlement of Ma'ale Adumim merely 44 housing units went on the market as part of the Buyer's Price program.

No houses have been built over the past decade within the boundaries of the Beit El Council, despite repeated promises to build new housing units.

Kahlon's decision to lead the marketing of the housing units in Beit El coincides with his political positions on Israel's right to annex West Bank settlements, and with the political stalemate in talks with the Palestinians.