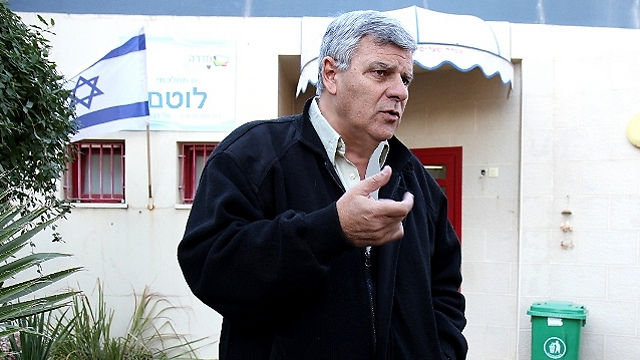 The mayor who was arrested on Monday morning after police raided municipality offices in the Sharon region as part of a corruption investigation has been identified as Hadera Mayor Zvi "Zvika" Gendelman. Three other senior public officials on suspicion of bribery, fraud and breach of trust.

After a period in which police carried out covert activities to uncover illicit conduct, the National Fraud Investigation Unit launched the investigation at the Lahav 433 anti-corruption unit in Lod in light of evidence that aroused suspicion of a string of corruption offences.

Police began questioning Gendelman at the Lahav offices on Monday morning, whose identification was originally subject to a gag order.

The mayor’s chief of staff was also arrested, along with his driver and a contractor who in the past served as public officials.

During the morning hours of Monday, other suspects were questioned under caution, while another two suspects were remanded on suspicion of bribery, fraud, breach of trust, tax offenses and other misdemeanors.

According to the suspicions, Gendelman and the senior officials arrested used their positions to promote interests and benefits of others in violation of the law. In addition to searching their offices, police also raided their homes.

The investigation is being conducted by the police the and the Tax Authority in a fresh bid to flush out the phenomenon of corruption among public officials in Israel.

Yesh Atid's Chairman Yair Lapid later announced that he was suspending Gendelman from the party.

"Yesh Atid's protocol is clear: A public servant with a criminal investigation against him must immediately suspend himself from all his positions and his party's membership will be revoked until further inquiry," Lapid said.

"We hope the suspicions will prove to be false," he added.

Police asked the Rishon LeZion Magistrates’ Court to extend Gendelman’s arrest by eight days. The police noted that failure to extend his remand could result in an obstruction of the investigation.

In addition, the court extended the remand by six days of the contractor who was one of the four suspects arrested in the case. The arrest of the chief of staff was also extended by six days.