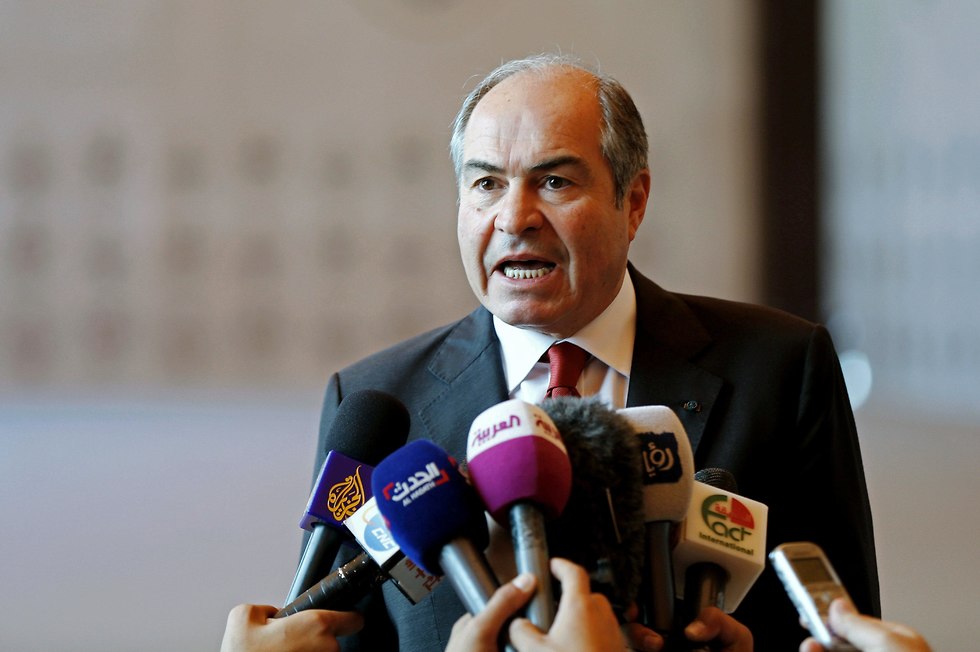 Jordan's King Abdullah was expected on Monday to ask Prime Minister Hani Mulki to resign in a bid to soothe widespread anger over economic policies that has sparked the largest protests in several years, political sources said. The dismissal of Mulki was demanded in a series of protests against IMF-backed tax increases that have shaken the kingdom. The sources said King Abdullah had ordered Mulki for an audience in his palace later on Monday.
Mass protests against Jordan's Prime Minister Hani Mulki
X

Mulki, a business-friendly politician, was appointed in May 2016 and given the responsibility of reviving a sluggish economy and business sentiment hit by regional turmoil.

Public anger over IMF-driven government policies has grown since a steep general sales tax hike earlier this year and the abolition of bread subsidies, a staple item for the poor. The increases have caused Mulki's popularity to plummet.

Jordan's Prime Minister Hani Mulki (Photo: Reuters)
Thousands of Jordanians took to the streets of the capital, Amman, and in main provincial towns on Sunday in an extension of protests that began last Wednesday. The protests widened on Saturday after Mulki refused to scrap a bill increasing personal and corporate taxes, saying it was up to parliament to decide.

Witnesses said demonstrators who converged near the Cabinet office said they would disband only if the government rescinded the tax bill it sent to parliament last month, which critics say would worsen living standards.

"The government has made us penniless ... they have left us with no more money in our pockets," chanted protesters.

Unions representing tens of thousands of employees in both the public and private sectors have also called for a general strike on Wednesday after their demands for the bill to be scrapped were rejected by the government.

Jordan's economy has struggled to grow in the past few years in the face of chronic deficits as private foreign capital and aid flows have declined.

Politicians and economists say the tough IMF-imposed fiscal consolidation plan has worsened the plight of poorer Jordanian and squeezed the middle class.

"Our demands are legitimate. No, no to corruption," chanted the demonstrators urging King Abdullah, who is seen as a unifying force, to intervene and crack down on official graft.